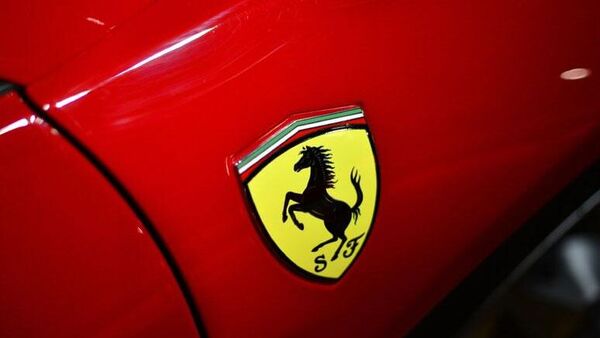 File photo of a Ferrari logo

Supercar maker Ferrari is looking at raising its profit as it converts its northern Italy factory into an electric vehicle manufacturing hub as it accelerates its shift to cleaner vehicles. The firm's Maranello factory will be expanded to make battery-powered vehicles as well as batteries. Ferrari is looking to introduce its first fully electric car in 2025.

The company is planning to invest around 4.4 billion euros or $4.6 billion to develop fully electric and plug-in hybrid models. It is aiming for these models to make up 60% of its portfolio by 2026 and the company's CEO Benedetto Vigna is confident about achieving the electrification target. By 2030, the company aims to have cleaner vehicles making up 80% of its sales.

Vigna joined the company last year with an aim to speed up the supercar maker's transition towards cleaner vehicles and move away from the 12-cylinder combustion engine powered ones. However, challenges remain in terms of huge capital investments as well as an emotional transition vis-a-viz the brand's wealthy customers who are centred around the throaty roar of a powerful engine.

Though Ferrari continues to post decent profit margins, its stocks have underperformed recently, partly because it is late to the party of electrification and still has to play catch-up to compete with its peers.

With its battery-powered push, Ferrari has forecast an adjusted earnings before interest, taxes, depreciation and amortization to rise up to 2.7 billion euros in 2026, a significant increase from about 1.5 billion euros last year.