The new Audi e-tron S models will be the first electric cars worldwide with three motors in mass production.
By : Sabyasachi Dasgupta
| Updated on: 29 Feb 2020, 09:25 AM 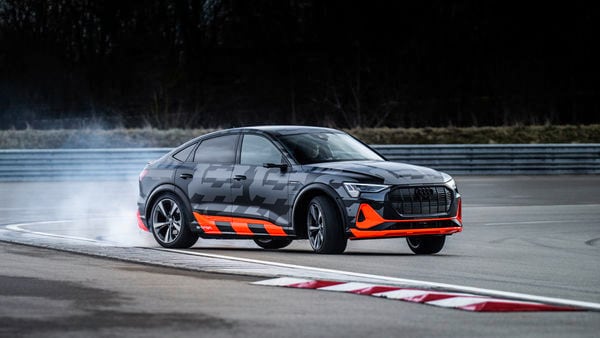 The new Audi e-tron S models will be the first electric cars worldwide with three motors in mass production. Their drive layout is based on the concept with two different asynchronous motors (ASM); the e-tron product line was designed in modular form in line with this from the start.

The three electric motors, two of which are located on the rear axle, together provide 370 kW of boost power and 973 Nm (717.6 lb-ft) of torque. This allows the two purely electrically driven models to accelerate to 100 km/h (62.1 mph) in 4.5 seconds. 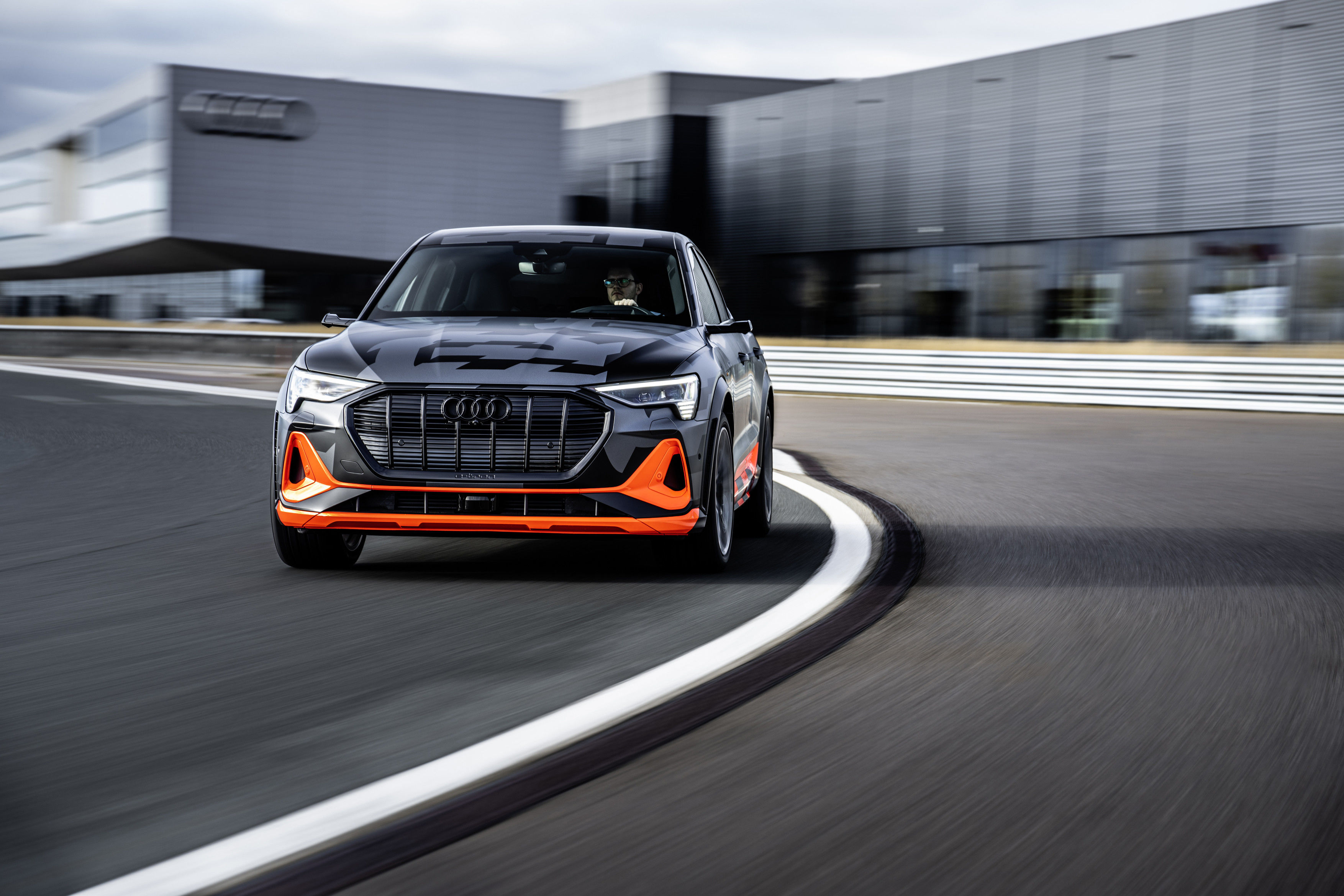 In normal driving mode, only the rear electric motors work. The front drive is unpowered but switches itself on if the driver needs more power. It also switches on predictively if the grip declines. It does so when friction values are low and during rapid cornering. The electric all-wheel drive is complemented by a further technical innovation in the form of electrical torque vectoring, which brings the advantages of the conventional sport differential into the electric era. Each one of the rear electric motors sends the drive forces directly to the wheel via a transmission; there is no longer a mechanical differential.

One further advantage is the traction. If, during acceleration, a rear wheel comes into contact with a road surface in case it is covered in black ice or has a loose subsurface, the moment can be distributed precisely and quickly between the two motors. The full moment is gradually distributed to the wheel with powerful traction, while the wheel with low traction continues moving with almost no moment.

The two prototypes of the e-tron S models drive on 20-inch alloy wheels in the 5-V-spokeS design as standard. Different wheels up to 22 inches in size are available on request. 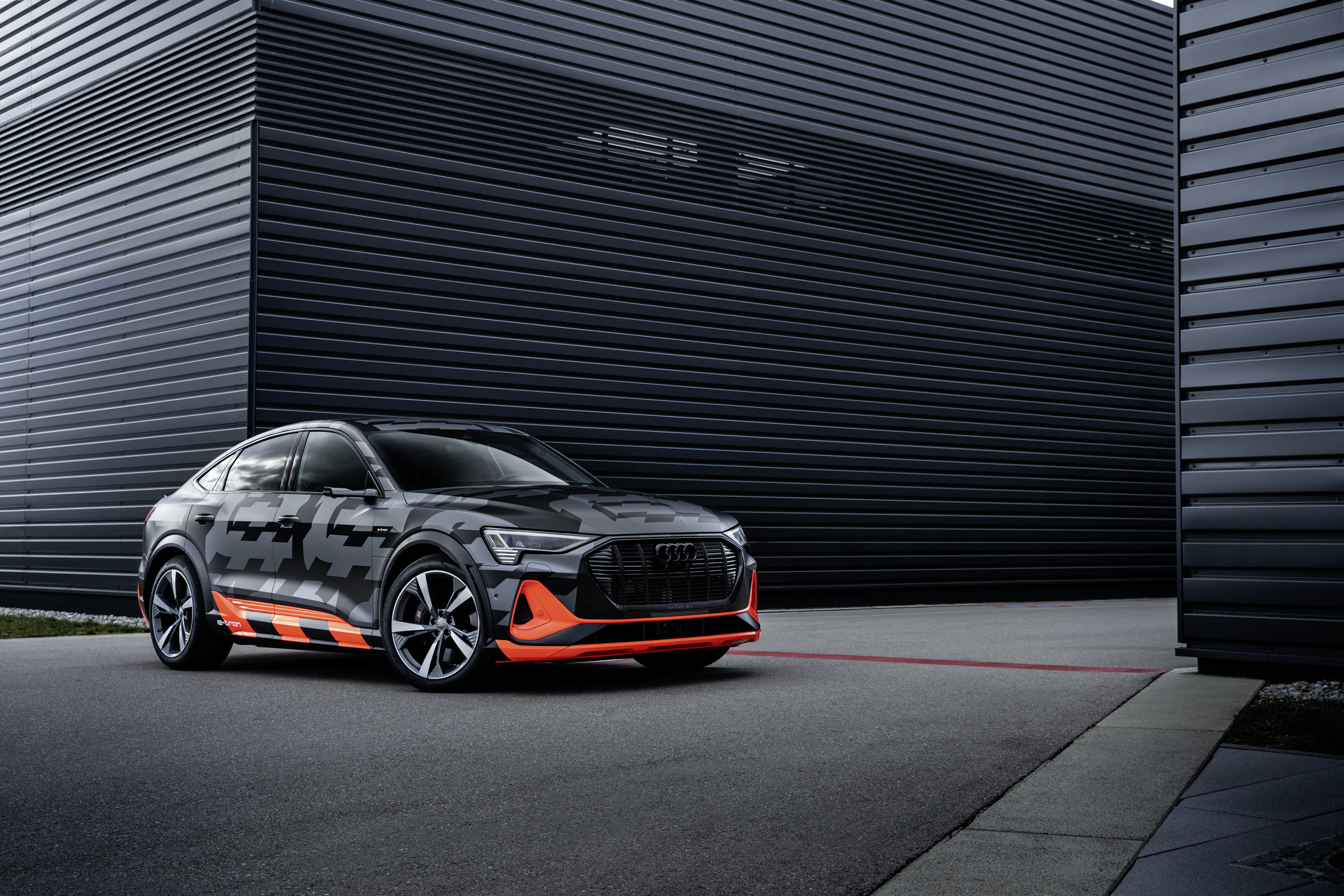 The e-tron S models feature powerful and sporty designs. Details such as the octagonal Singleframe, which is for the most part sealed and painted bright gray, move the design into the electric era. At the lower edge of LED headlights, four struts create the e-tron-specific signature in the daytime running lights. The S models’ leading role can be seen straight away.

The front and rear bumpers are heavily contoured, while the diffuser insert runs almost the full width of the vehicle. The bumper is flanked by bigger and more expressive air curtains, which improve air flow. They extend below the headlights, thereby creating a dynamic appearance even from a distance. On both sides, the wheel arches are a whopping 23 mm (0.9 in)wider.

Silver-colored elements – from the lip of the front bumper, the Singleframe and the door inserts right up to the diffuser – emphasize the vehicle’s features. Audi will paint larger detachable parts in a contrasting color on request.

Both S models are available, on request, with the digital Matrix LED headlights, a worldwide first in mass production. Their light is dispersed into small pixels and can be controlled with high precision, and this facilitates many new functions such as lane and orientation light. In narrow areas, for example, it shows the car’s position in the lane and thus helps the driver to remain in the center. The interior of the future e-tron S models has been kept in dark colours. A large arc connects the displays of the virtual external mirrors with the hood above the Audi virtual cockpit. The instrument panel is driver-oriented, the middle tunnel’s console rests on open side walls.

On request, Audi can offer a super sport seat in leather with a rhombus pattern in black, rotor grey or Aras red, as well as an air-conditioned customised contour seat with perforated leather.