BMW unveils iX SUV, its electric flagship set to challenge might of Tesla

BMW iX electric SUV will come out as the company’s new technology flagship.

BMW AG on Wednesday revealed a fully battery-powered sport utility vehicle (SUV) called the 'iX'. The vehicle is planned to go on sale in the United States in early 2022 and will rival the likes of Tesla Model X and other similar segment cars.

The German automaker said that the iX SUV will have a driving range of 300 miles (480 km) which is comparatively less in comparison to the estimated driving range of the Tesla Model X Long Range, which stands at 371 miles in the United States. BMW claims that drivers would be able to add 75 miles of range in ten minutes at a fast-charging station.

As per BMW, the iX SUV would be comparable in size to the current BMW X5 SUV and will have similar outer dimensions. For the record, the X5 is a proper huge SUV which competes against the Audi Q7. Inside the cabin, the iX will feature a dashboard with a sweeping, curved screen. 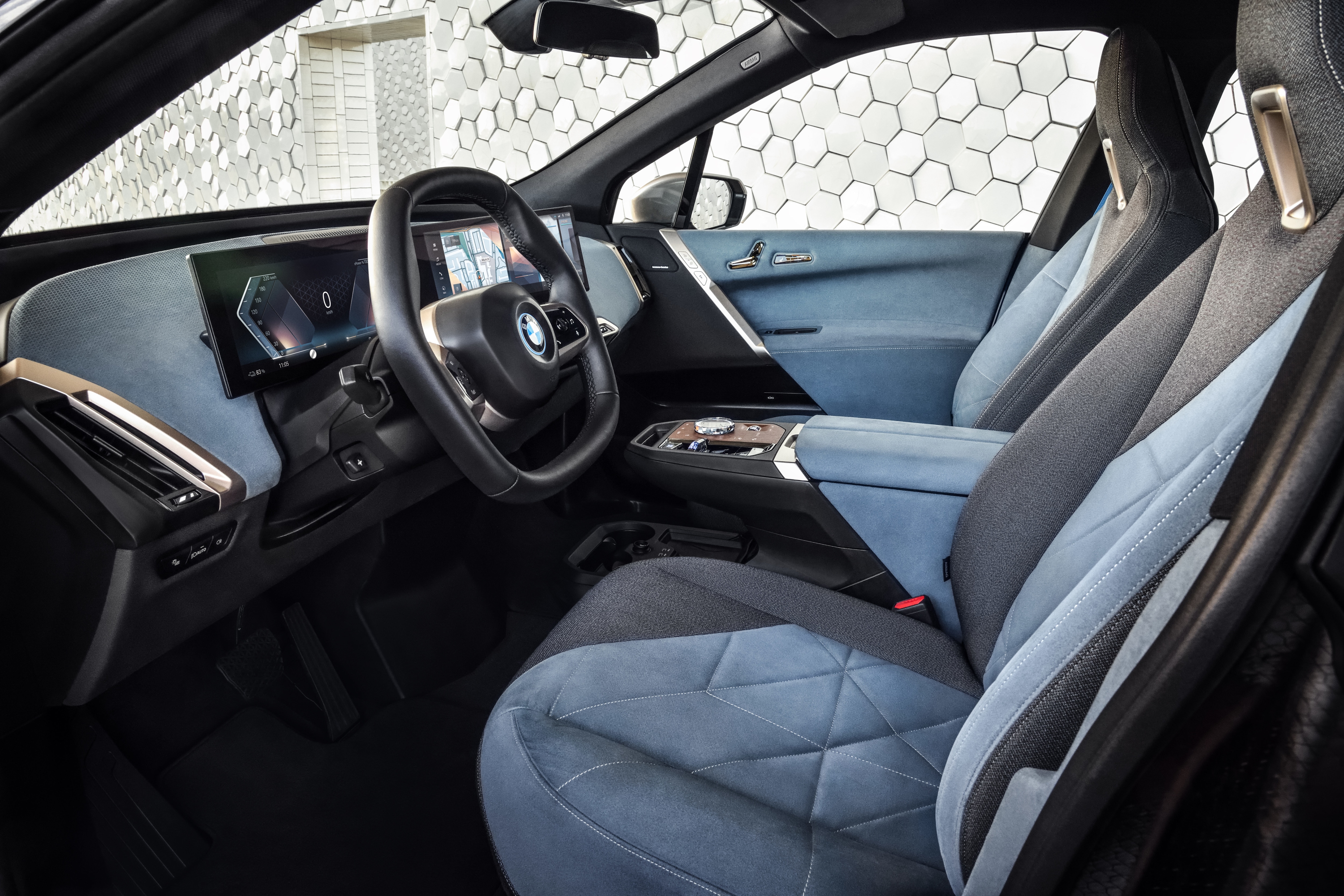 Inside the cabin, the BMW iX electric SUV will feature a dashboard with a sweeping, curved screen.

“The BMW iX shows how we can give new technologies a very modern and emotionally engaging design. The car is technologically highly complex, but it feels very clear and uncomplicated," says Adrian van Hooydonk, Senior Vice President BMW Group Design. “The BMW iX offers a mobile living space in which people will feel at ease and the car’s intelligence is always available without becoming obtrusive."

(Also Read: BMW tries to step out of Tesla and Volkswagen's shadow with electric SUV)

It is slated to go into production at BMW Dingolfing plant from the second half of next year as the company’s new technology flagship.

The battery powered SUV segment seems to be heating up with new upcoming products. Tesla's Model X already has competition from Chinese startup Nio, and General Motors Co's Cadillac brand recently unveiled a mid-size electric SUV called the Lyriq, expected to launch in 2022. Daimler AG's Mercedes-Benz and Volkswagen AG have electric premium models in the works. Ford Motor Co's Mustang Mach-E is aiming for a slice of the performance enthusiast market that BMW defined decades ago.

(With Inputs from Reuters)