BMW to launch new X6 in India on June 11 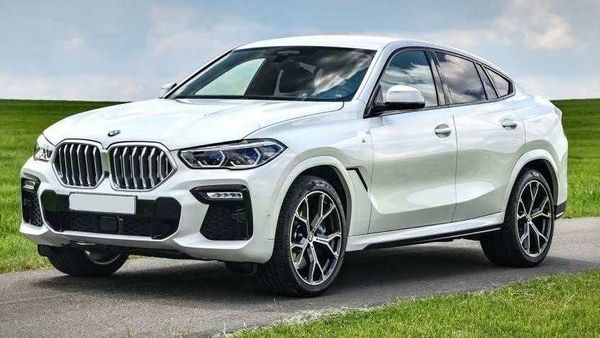 The BMW X6 will arrive in the Indian market in two trim levels including xLine and M Sport.

BMW is planning to launch the new-generation X6 in the Indian market on June 11. The luxury carmaker took to Instagram to tease the arrival of the new SUV-coupe.

While the X6 was slated to arrive in India in early 2020, the virus outbreak pushed the carmaker to delay the launch. The new X6 will be launched as a completely built unit (CBU) in the country.

The X6 will arrive in the Indian market in two trim levels including xLine and M Sport. While the xLine gets slightly more chrome elements here and there, and features black cladding on the front and rear fenders, the M Sport gets gloss black bits instead of the chrome touch-ups. Alongside, it also gets unique alloy wheel designs.

Some of the key features of the new BMW X6 include LED headlights and tail lights with LED DRLs, a touchscreen with the company’s newest iDrive system for the infotainment, panoramic sunroof, a digital instrument cluster, automatic climate control, full-leather upholstery and BMW’s Dynamic Damper Control.

As far as engine options are concerned, the Indian-spec BMW X6 will be launched only in the 40i guise. It sports a 3.0-litre, 6-cylinder turbo-petrol delivering 340 PS of power and 450 Nm of torque. The engine comes mated to an 8-speed automatic gearbox which transmits power to all-wheels via BMW’s xDrive four-wheel-drive system.

(Also Read: How Mini Cooper is helping these athletes to keep pushing their Olympic dreams)

In India, its rivals include the likes of Audi Q8 and Porsche Cayenne Coupe. In terms of pricing, the new X6 is expected to retail from ₹1 Crore or above.