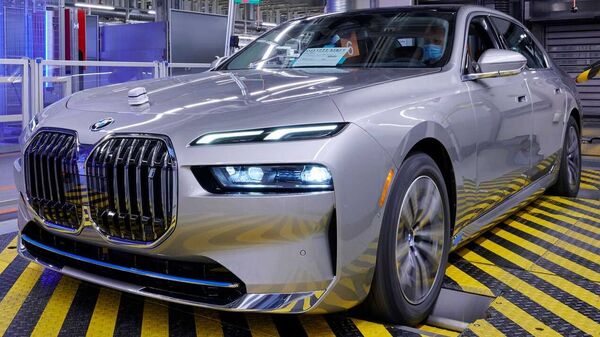 BMW 7-Series will go on sale later this year.

BMW has kicked off production of its all-new 7-Series and i7 at the Dingolfing plant in Germany, the automaker has revealed in a release. The automaker also said that sales of these two models will commence later this year. The i7 comes as the all-electric version of the flagship sedan of the Bavarian auto giant. The new 7-Series and the i7 are being produced at the same plant along with other models like the 4-Series, 5-Series, 6-Series, 7-Series, 8-Series and iX. This plant is claimed to be its biggest in Europe with a production capacity of close to 250,000 units per annum.

Speaking about the production commencement, Milan Nedeljkovic, BMW AG Board member for production, said that the new BMW 7-Series is the first luxury sedan in the world to offer customers a choice between three types of drive. "Whether fully electric, combustion-powered or, soon, plug-in hybrid, we have the flexible production structures and outstanding integration skills we need to manufacture such a diverse range of drives efficiently," he added.

It is not sure when BMW will bring this model to India. However, expect the new 7-Series to come to the Indian market sometime next year. The new 7-Series comes with a host of design updates, new features and an updated powertrain.