BMW on Monday said all major markets experienced double-digit declines and extended factory halts across Europe, North America and South Africa by 10 days until the end of the month.
By : Bloomberg
| Updated on: 06 Apr 2020, 07:01 PM 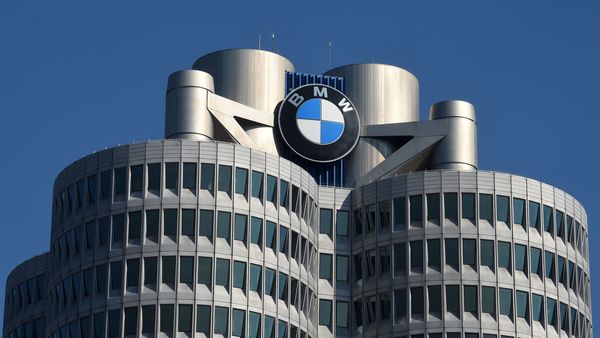 A picture taken on March 18, 2020 shows a view of the headquarters of German carmaker BMW in Munich. Photo used of representational purpose only.

BMW AG delivered a fifth fewer cars in the first quarter while overall auto sales in the U.K. plummeted 44% in March, adding to growing evidence of how the coronavirus pandemic is pummeling the global auto industry.

The German luxury carmaker on Monday said all major markets experienced double-digit declines and extended factory halts across Europe, North America and South Africa by 10 days until the end of the month. Separately, the U.K.’s main car lobby said new registrations dropped the most in two decades last month and the outlook for the year has grown more grim, pointing to a 25% contraction.

(Also Read: A car that emits water vapour: Is BMW's i Hydrogen NEXT the cleanest car ever?)

The health crisis that began in China and has swept across the globe has shaken the car sector to the core. Population lockdowns have led automakers from Volkswagen AG to Toyota Motor Corp. and Ford Motor Co. to close assembly lines and showrooms. The knock-on effects are being felt by suppliers like Continental AG and Valeo SA.

“It is clear that the next few weeks will be difficult in Europe and North and South America," Valeo Chief Executive Officer Jacques Aschenbroich said in an interview on Bloomberg TV. “The whole problem is when do we start up again?"

While the French car-parts supplier has restarted all 34 of its plants in China, he said automakers in Europe are aiming for reopenings around April 20, although it’s still unclear when this will really be possible.

The extension in BMW’s stoppage on Monday showed that the industry is struggling to balance government health measures to slow the outbreak and the need to restart economies. In China, where sales dropped 30.9% during the first three months of the year, the first signs of a recovery are being felt, BMW’s sales head Pieter Nota said.

Overall, BMW-brand car sales sank 20.1% during the first quarter, while group sales, which include the Mini and Rolls Royce marques, fell 20.6%.

German car companies and the government are discussing how soon plants can be reopened in order to restart the country’s economic engine that employs more than 800,000 people. BMW is working on procuring face masks and medical equipment for its workers. In France, Peugeot maker PSA Group is also in considering a series of health measures that would be needed to reopen European plants.

More broadly, European carmakers could suffer a 60 billion-euro ($65 billion) shortfall in revenue this year stemming from the sale of 3 million fewer cars, according to Bloomberg Intelligence analyst Michael Dean.

The U.K. was the latest country in Europe to publish poor car sales data. Already reeling from Brexit, the March plummet exceeded the monthly drop during the 2008 financial crisis and hasn’t been seen since the late 1990s when consumers held off purchases en masse to wait for the nation’s switch to a bi-annual registration plate.

The figures are a “stark realization of what happens when economies grind to a halt," Mike Hawes, head of the auto lobby Society of Motor Manufacturers and Traders said in a statement.

The decline in the U.K. is particularly painful for carmakers because it’s traditionally the best month of the year, accounting for as much as 40% of total sales, Dean wrote in a note. April’s tally is likely to be even worse.

Last week, the drop in registrations was sharper in France and Spain, falling 72% and 69% respectively.