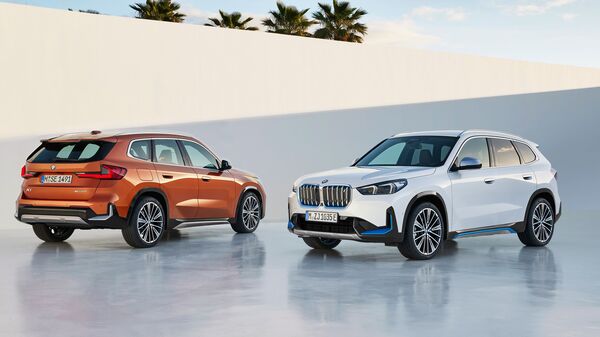 The BMW iX1 xDrive30 has 313 hp of maximum power and 494 Nm of peak torque on offer thanks to its dual electric motor setup with electric four-wheel drive system. The iX1 can sprint to 100 kmph in 5.6 seconds and comes with a top speed of 180 kmph.

The BMW iX1 xDrive30 has 64.7 kWh lithium-ion battery pack which can offer an electric range of 413 kms to 438 kms on a single charge.An 11 kW 3-phase on-board charger comes as standard. One needs to pay extra for a 22 kW charger.Fast charging is possible with a charging capacity of up to 130 kW.

The BMW iX1 can be identified easily through the iBlue-coloured accents on the exterior. The looks remains largely same to its ICE version.The only major difference in space is in the boot where the iX1 gets 490 litres, about 50 litres less than the X1 facelift SUV.

The interior of the iX1 is also plush. The dashboard is dominated by a 10.7-inch curved screen with touch function along with a 10.25-inch digital instrument cluster. It also offer wireless charging, voice control among other features. 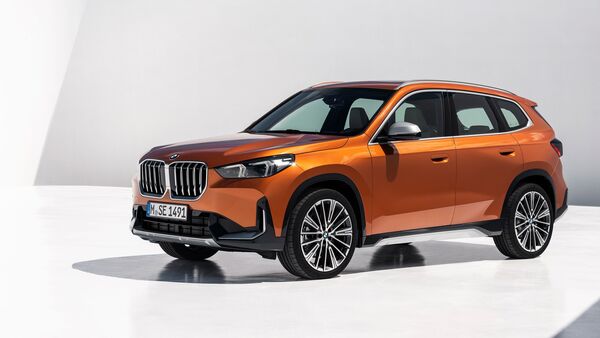 BMW X1 facelift SUV is in its third generation, and has grown in size compared to its predecessor.

The BMW X1 sDrive18i, which is the entry-level model, comes equipped with a 1.5-litre three-cylinder petrol engine mated to a seven-speed Steptronic automatic transmission. It can generate maximum output of 136 hp and 230 Nm of peak torque. It can sprint from standstill to 100 kmph in 9.2 seconds.The four-wheel drive X1 xDrive23i variant is powered by a 2.0-litre four-cylinder unit that can produce 204 hp of power and 320 Nm of torque. It also comes with a 48v mild hybrid system that can add 19 hp and 55 Nm to the overall output.

The BMW X1 facelift SUV will also be offered with two diesel engine options. The first one is a 2.0-litre unit which can churn out 150 hp and 360 Nm of torque. The second one, which is paired with a 48v mild hybrid technology, can produce 211 hp and 400 Nm. Bth engines come mated to a seven-speed automatic transmission.