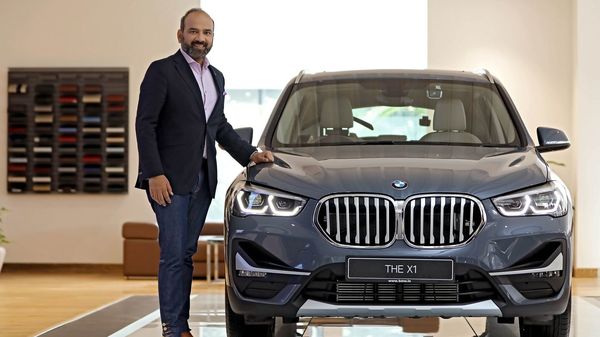 BMW on Thursday launched the eagerly-awaited 2020 X1 facelift in India at a starting price of ₹35.90 lakh. The pricing goes up to ₹42.90 lakh for the top variant. In its latest version, the entry-level luxury SUV gets two petrol and two diesel engine options.

The engine options inside the facelift X1 are the biggest changes. The SUV is now offered with BS 6-compliant 2.0-litre petrol and diesel units. There are six variants to choose from - sDrive 20i SportX, sDrive 20i xLine, sDrive 20D Expedition, sDrive 20D xLine, sDrive 20D MSport and xDrive 20D MSport. While the petrol unit belts out 192hp of power and has 280Nm of max torque, the diesel engine produces 190hp of power and has 400 Nm of peak torque. An eight-speed torque converter unit does transmission duties inside both the petrol as well as the diesel. And on the question of diesel, BMW claims it is the cleanest anywhere in the world.

In terms of visual upgrades on the facelift X1, there is a more prominent signature kidney grille on the SUV now, new alloys and reworked front and rear bumpers. New DRLs make their way into the head lights which, along with the tail, have received style changes.

Inside, the 2020 X1 has been upgraded with a more premium cabin and now boasts of a panoramic sunroof and a 10.25-inch infotainment system.

As part of an early-bird scheme, BMW is offering 5 years' warranty at ₹15,000 for the petrol and for ₹20,000 for the diesel. The company says that test drives are open and prospective buyers can log on to its India website to book a slot.

The launch of 2020 X1 is expected to hot up the entry-level luxury SUV segment in the country which also features GLA from Mercedes-Benz, Audi's Q3 and the XC40 from Volvo.