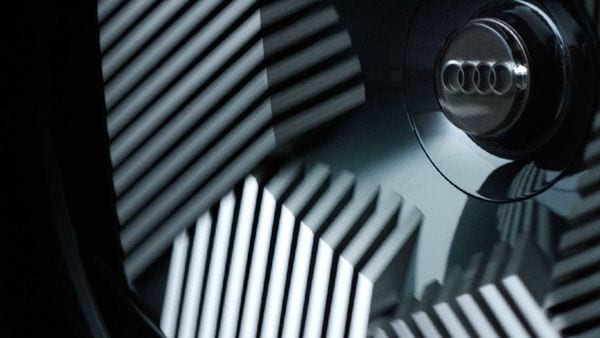 Audi has teased its Skysphere concept with new wheel design.

German luxury car brand Audi has teased its Skysphere concept again in a few days time. The luxury car marquee is fuelling the excitement by revealing the teaser images ahead of its official premiere on August 10.

Previously, the automaker showcased the front and rear profiles of the Skysphere concept along with the overall shape. Now, the automaker has teased the concept car's wheel design.

The front and rear fascias of the upcoming concept have been shown from different angles in the latest teaser. The new teaser reveals the car's meticulously designed lighting, front and rear profiles, red Audi brand logo etc.

The Audi Skysphere concept is claimed to spawn out an electric vehicle. The long nose section would be virtually empty. There will be ample space for luggage.

The car brand claims that it has taken inspiration from Horch 853A to design the Skysphere concept. However, the actual production model would be different compared to the concept car. Speaking about technologies, the car will come with autonomous driving technology for sure.

Audi has also teased two other concept cars - Grand Sphere and Urban Sphere. All these three would play key roles in Audi's future electric vehicle strategy. As the OEM claims, it aims to reinvent mobility as we know it today through these concept cars.

Audi will unveil the Grand Sphere as an electric GT in September at the IAA show in Munich. The Urban Sphere on the other hand will arrive in 2022. It could spawn out an SUV.