Home Auto Cars News Another Day, Another Amg: Mercedes Teases A New One Ahead Of Launch This Week

Another day, another AMG: Mercedes teases a new one ahead of launch this week 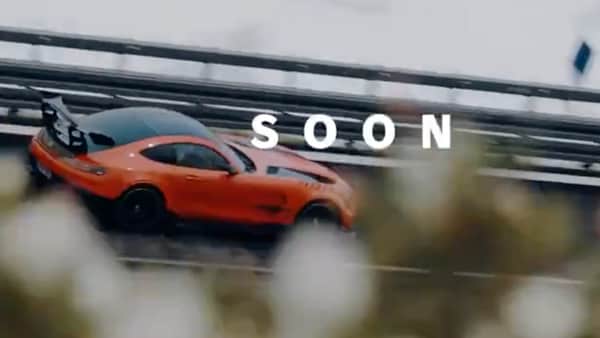 The upcoming Mercedes-AMG model, which is said to be a plug-in hybrid variant of the GT63 4-door coupe and has more than 800 hp of power, will be unveiled on September 1. (Photo courtesy: Twitter/@MercedesAMG)

Mercedes-Benz will reveal the production version of the GT Concept on September 1. Speculatively called the GT73e or the GT63 E-Performance, the top-spec version of the AMG GT 4-Door Coupe family is believed to be the plug-in hybrid version of the 4-door GT63 Coupe.

The new AMG has been teased a few times recently on social media along with confirmation that it will be fully revealed on September 1, during the Munich Motor Show. Mercedes will reveal the name of the latest AMG in the family two days later.

In the latest teaser, the new AMG is seen speeding across a race-track. The performance car will have a chromed-slat grille with vertical slats and four exhaust tips along with a sloping roofline, a sculpted hood, a wide air dam, and sleek headlights.

The new AMG will be flanked by blacked-out B-pillars, indicator-mounted ORVMs, a chrome trim around the windows and multi-spoke wheels. A raked windscreen, wrap-around taillights, and quad exhaust tips will grace the rear section of the four-wheeler.

On the inside, the new AMG is expected to come with a luxurious cabin, featuring auto climate control, key-less entry, parking sensors, and a multifunctional steering wheel. It is also likely to house a digital instrument cluster and a touchscreen infotainment console with support for the latest connectivity options. As far as safety features are concerned, Mercedes will pack the new AMG with multiple airbags, ABS with EBD, crash sensors, and a rear-view camera.

Under the hood, Mercedes is likely to pack the latest AMG with a 4.0-litre twin-turbo V8 engine paired to an electric motor and a 6.1kWh battery pack, capable of producing maximum power of 201 hp and 320 Nm of peak torque. The combined setup is expected to return a massive 805 hp of maximum power and a peak torque of 1,0001 Nm. The new AMG can reportedly accelerate from zero to 60 mph in just 2.9 seconds and will have its maximum speed limited to 315 kmph.