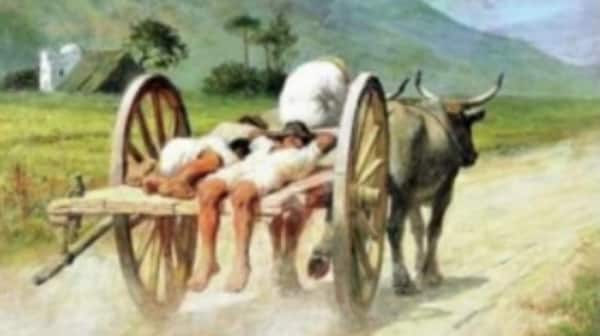 Mahindra Group chairman Anand Mahindra has tagged Tesla CEO Elon Musk and posted a picture of a bullock cart, showing two men lying on a cart while two bulls pull the vehicle through a picturesque landscape. The text with the picture in the tweet is even more interesting. The text accompanying the picture reads how it is an original Tesla vehicle with no Google map required, no fuel to buy, no pollution, and equipped with FSD mode. The text also says that it can be acted as a home, workplace, relaxation, and taking a nap. It also helps in reaching the destination. Mahindra posted the picture with the text saying “Back to the future."

Anand Mahindra's tweet posted on Sunday has received more than 1.3 lakh likes so far. Some netizens were left nostalgic and agreed with Mahindra’s idea, while some pointed out at the cruelty to animals.

Tesla vehicles come equipped with the company's famous semi-autonomous driving technology Autopilot. The electric car brand is also working on a fully self-driving technology, which is dubbed as FSD. Anand Mahindra's tweet comes with a hint to that.

Mahindra has been known for being very active on Twitter. Also, he often posts cryptic tweets. The one tagging Tesla CEO Elon Musk is one of them only.