Home Auto Cars News All You Need To Know About Maserati Mc20, The 630hp 'rebirth' Rider

All you need to know about Maserati MC20, the 630hp 'rebirth' rider

MC20 is the start of a new era for Maserati and is carrying the weight of expectations that it will help the Italian sports car brand be born again.Maserati sold only about 7,000 cars worldwide in the first half of 2020.
By : Bloomberg
| Updated on: 10 Sep 2020, 12:51 PM Maserati unveils its new MC20 super sports car, a key release in a pipeline of new models, including hybrid and full electric ones, in Modena, Italy.

It’s fitting that the Maserati getting a cameo in the latest James Bond film isn’t its new supercar, but a 1990s model careening off a big bump in the road.

Aging product has dogged the luxury division of Fiat Chrysler Automobiles NV, leading to a sales collapse and costly writedowns. But the title of the Bond film -- “No Time to Die" -- might as well be the mantra for Maserati and the new model it’s banking on to breathe life into the brand.

Maserati is billing the 630-horsepower MC20 as the start of a new era, with Fiat Chrysler Chief Executive Officer Mike Manley pledging a steady stream of new models and electrified powertrains in the coming years. Its fortunes also figure to get a boost from its parent’s planned merger with France’s PSA Group, which lacks a premium brand with comparable heritage and potential cachet.

Designed and manufactured in Modena, Italy, a short drive from Ferrari NV’s headquarters, the MC20 weighs in at less than 1,500 kilograms (3,307 pounds) and will be powered by a new engine dubbed Nettuno, the first that Maserati has developed in-house in more than two decades. Pricing in Italy starts at about 216,000 euros ($255,000) and production is slated to begin late this year. 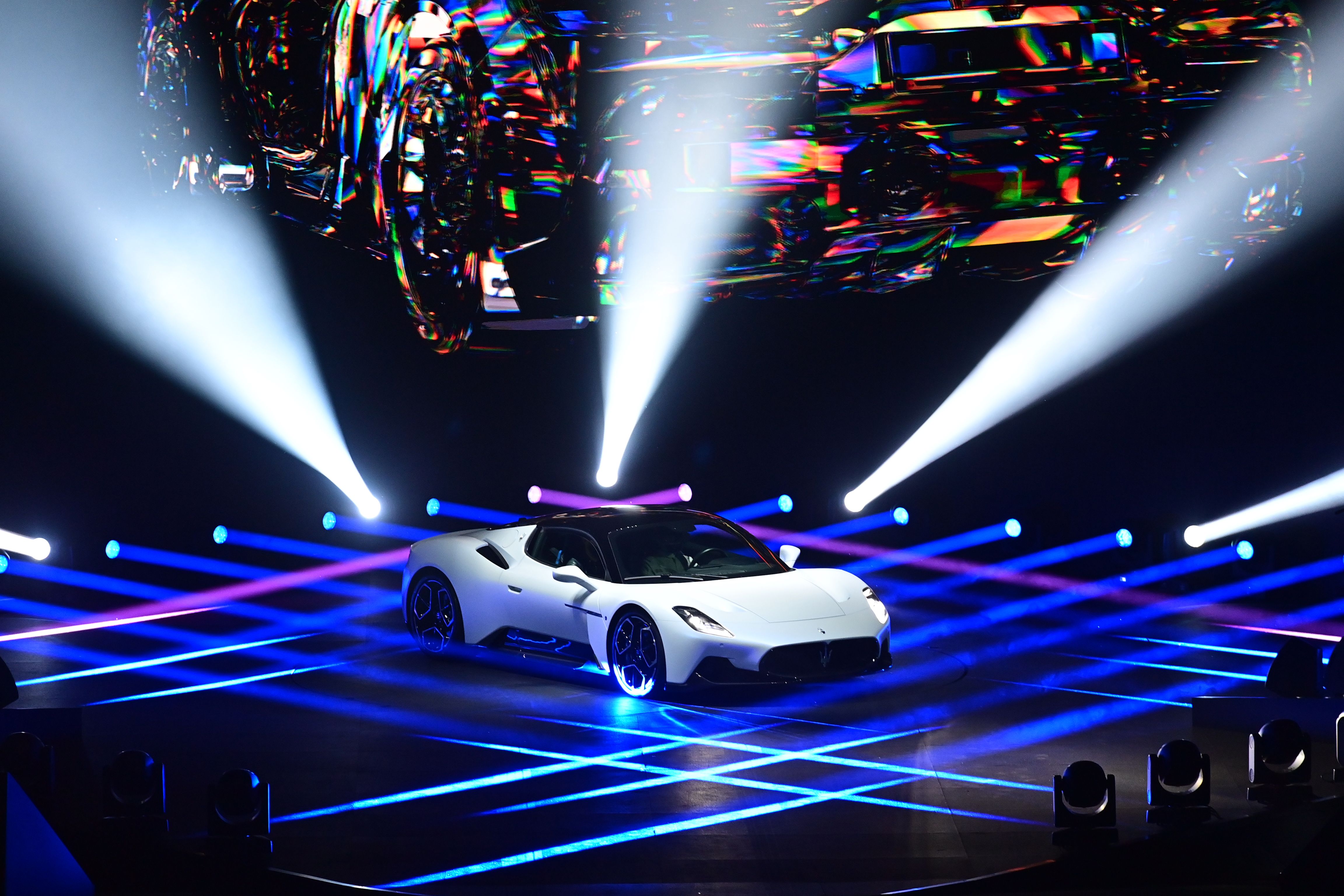 Lightweight as it may be, the MC20 carries a heavy burden. Maserati sold only about 7,000 cars worldwide in the first half, down 48% from the same period a year ago. After setting a goal two years ago to be delivering 100,000 units and making a 15% profit margin by 2022, shipments were going in the wrong direction before plummeting as a result of coronavirus pandemic. The division lost 174 million euros ($205 million in the first half of the year.

As a supercar, the MC20 isn’t likely to be a major volume contributor, but it will have some help. Maserati rolled out refreshed versions of the Quattroporte saloon and Levante sport utility vehicle the last two months along with its first electrified model, a mild hybrid version of the Ghibli sedan.

By 2024, Maserati will unveil 13 new models, and every vehicle in the lineup will offer an optional fully electric powertrain. The brand’s second SUV, called Grecale, which will go into production in the second half of 2021 at Fiat Chrysler’s Cassino plant located between Rome and Naples.

The amount of money Maserati was losing before its latest turnaround bid was manageable because Fiat Chrysler had been raking in money off Jeep SUVs and Ram pickups in North America. But the 439 million euros of net revenue generated in the first half of the year is a rounding error relative to other premium players. Daimler AG’s Mercedes-Benz cars and vans unit brought in more than 42 billion euros, while BMW AG’s automotive operations mustered almost 33 billion euros.

“Many of you have been following our quarterly calls and experienced the pain we’ve had to go through as we’ve spent time trying to structurally correct our business with Maserati in a very public fashion," Manley, 56, said on a call with analysts in July. “We’re now getting to the point where those investments will begin to hit the marketplace."

Fiat Chrysler is eager to get Maserati on better footing in time for the completion of its combination with PSA scheduled for early next year. To seal the deal forming what would be the world’s fourth-biggest carmaker, the two will have to finalize terms that have irked some PSA investors -- namely, a planned dividend to be paid to Fiat Chrysler shareholders -- and get through a European Commission antitrust probe.