After S-presso, Maruti likely to focus on Alto, Celerio alternatives

Maruti's strategy to focus back on mini hatchbacks comes at a time when other carmakers are jostling for space in the SUV segment.
By : Sabyasachi Dasgupta
| Updated on: 03 Mar 2020, 12:47 PM 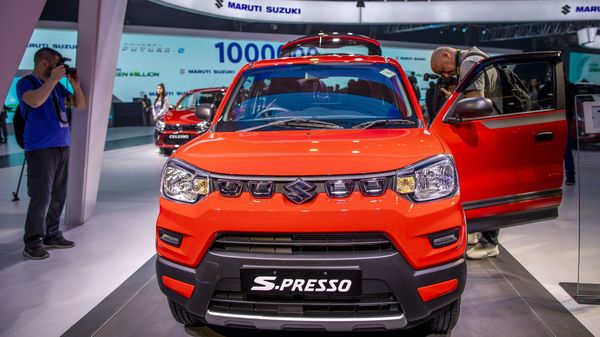 Maruti Suzuki S-Presso on display at the Auto Expo 2020.

The world seems to be moving towards SUVs and crossovers. Almost every other carmaker in the game are in competition to have their share of the pie in these two segments in India.

India’s biggest carmaker Maruti Suzuki is no exception. The company recently launched the upgraded Vitara Brezza, and is likely to bring in the mini off-roader Jimny later on. But if reports are to be believed, the company is shifting its focus back to the mini hatchback segment, that has provided the most of the best-sellers for the company for decades now.

According to reports, Maruti Suzuki is working on two new small cars with the popular 800cc and 1000cc engines. These two engines power most of the small and mid-size cars Maruti has on offer currently. The two new cars could replace the Alto, one of the all-time best-sellers from Maruti stable, and the Celerio.

The focus to refresh its product portfolio in the mini hatchback segment could help Maruti maintain its share in the domestic market, where it holds around 50% of the pie. It will also help Maruti spread to smaller cities and towns to seek growth at a time when the Indian auto industry is experiencing the worst slump it has seen in decades. Cars in this segment like Maruti Alto, Zen had helped the company earlier to gain a significant hold in the market. Maruti would hope a refreshed portfolio will offer more options for buyers looking for smaller and less expensive cars.

Maruti can derive this confidence from how its latest offering in the segment - the S-Presso - has performed since its launch. Despite slump in the market, the company managed to sell around 10,000 units of the Celerio. That’s a figure most other carmakers in India have failed to achieve in February even with their entire fleet of cars.

Earlier this year, Maruti had said that it will not only defend its market share but also "charge" at and "chase" competitors in the wake of newcomers, such as Kia and Chinese players, intensifying competition. Hinting at new players in the form of Kia Motors, MG Motor and other Chinese carmakers, Maruti Suzuki’s Managing Director and CEO Kenichi Ayukawa said, "We have to do by ourselves to develop our product portfolio and manage our business itself to encourage customers and also set up strong sales and service network. Through those kind of activity maybe we can compete better."