The Mercedes S-Class is considered a pinnacle of luxury and 2021 S-Class ups the ante even higher.The new S-Class has taken exterior styling inspiration from the facelifted E-class which was revealed in 2019.
By : HT Auto Desk
| Updated on: 02 Sep 2020, 10:32 PM 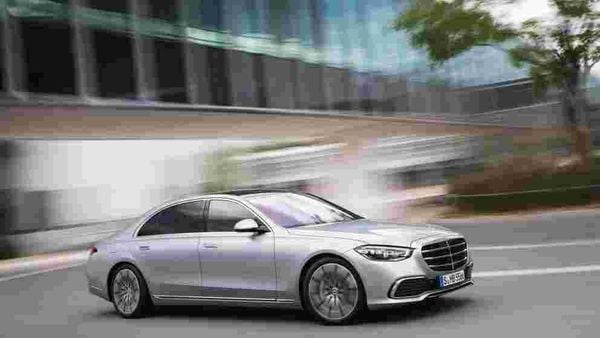 The wheel size on the new S-Class ranges between 19 and 21 inches.

Mercedes-Benz on Wednesday revealed the new 2021 S-class globally. The latest-gen S-class has taken giant strides in terms of comfort, technology, and safety.

The 2021 Mercedes-Benz S-Class takes exterior styling inspiration from the facelifted E-class which was revealed in 2019. The new LED headlights setup on the car features the ‘Digital Light’ system. It also gets a chrome-heavy front main grille featuring three horizontal blades. There is also a new front bumper featuring larger air intakes. Other prominent exterior additions include flush-fitting door handles and wraparound LED tail-lights. The S-Class also gets twin chrome-finished exhaust tips which adds to its sporty appeal. Mercedes is giving an option of 18- to 21-inch wheels on the new-gen S-Class.

In terms of dimensions, the long-wheelbase S-Class (India-bound) has now grown longer by 34 mm, wider by 22 mm and taller by 12 mm. Also, its wheelbase has been increased by 51 mm. All this comes together to free up 24 mm of legroom for passengers in the second row. The company claims that boot capacity has increased by 20 litres to 550 litres.

As per Mercedes-Benz, the 2021 S-Class comes out as one of the most aerodynamically efficient passenger vehicles in the world, it has a drag co-efficient of 0.22cd. 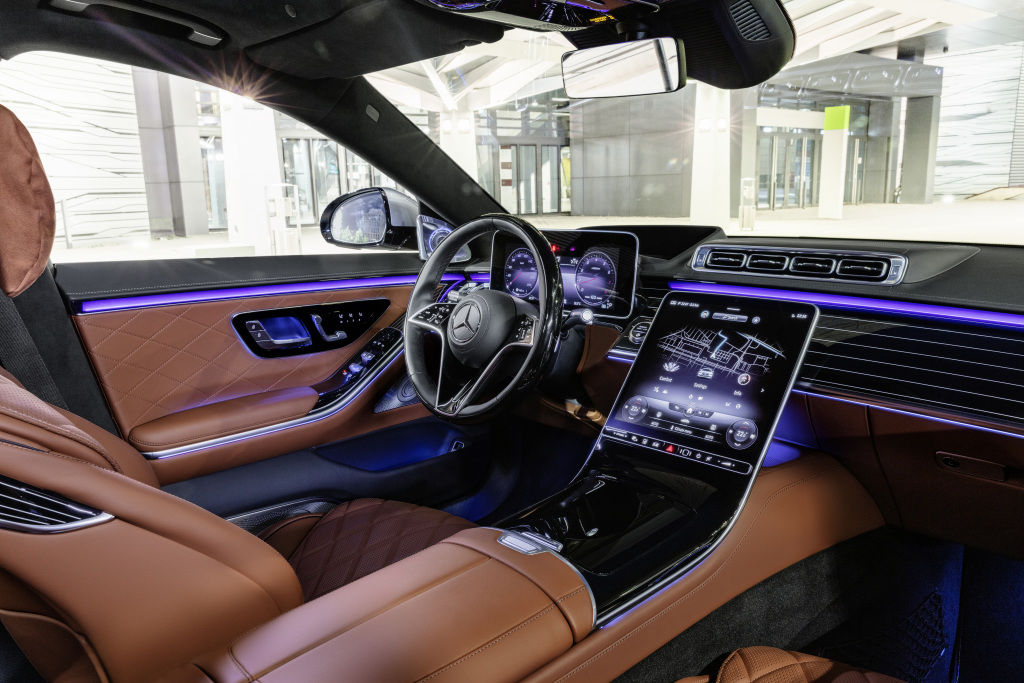 There are 30 speakers and eight resonators all around as part of Burmester high-end 4D surround sound system. There is also a high-tech ambient light system with warning patterns. The new steering wheel system gets two-zone sensor pad for capacitive hands-off recognition.

Inside, the latest S-Class benefits from the newest second-gen MBUX infotainment system. The company has opted to give its cabin a minimalist appeal. It gets a completely remolded dash and features 27 fewer buttons and switches compared to the previous S-class.

It sports a 12.8-inch tablet-style OLED infotainment screen and the driver's screen include a 12.3-inch 3D digital instrument display. There are two screens in the second row to keep the rear occupants entertained. Moreover there is also one armrest-mounted tablet – for rear-seat passengers.

The Mercedes S-Class is considered a pinnacle of luxury and the new-gen model ups the ante even higher. It now gets an active ambient lighting system, which employs 263 LEDs, a head-up display with augmented reality, and an Interior Assist function. The latter tracks movements of the car’s occupants using cameras to proactively trigger certain functions inside the cabin. The equipment list also includes a 31-speaker Burmester 4D surround-sound system and over-the-air software updates. 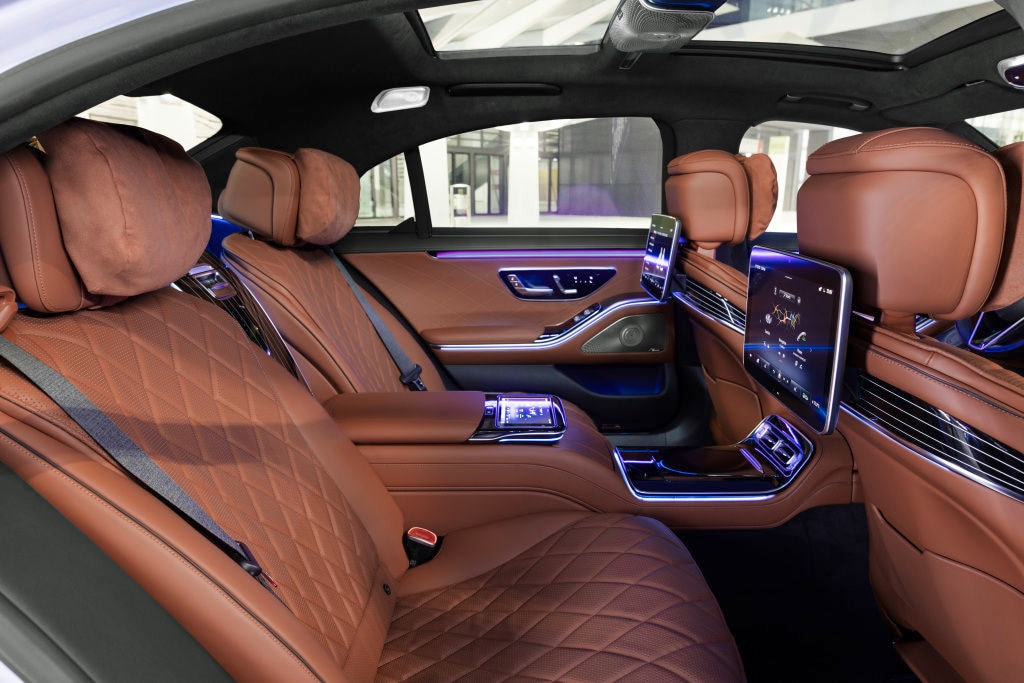 The upholstery - in Nappa leather - is as premium as it gets and there are 10 massage functions apart from the usual fare of heating, ventilation etc.

Another key highlight on the new-gen model will be its rear-axle steering system. This will give the new S-Class a tighter turning circle of under 11 metres.

Mercedes plans to officially launch the new S-Class in global markets by mid 2021 and yes, India is also in the list of countries that will be getting the flagship sedan from the German giant.