The Yamaha TMax Hybrid scooter may make its global debut in 2023. Yamaha's latest take on the hybrid technology follows the serial hybrid arrangement.
By : HT Auto Desk
| Updated on: 26 Feb 2022, 10:09 AM 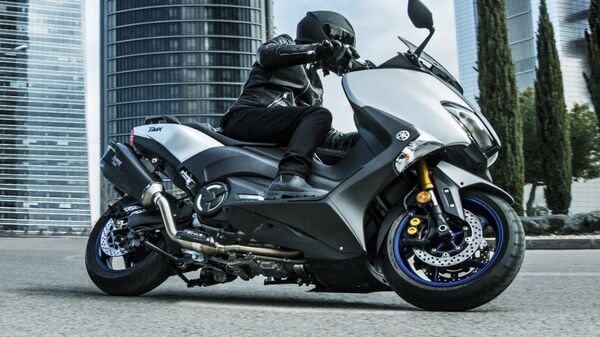 Yamaha has likely chosen the TMAX as the base for its hybrid system as it has ample storage space under the seat thanks to its size.

Yamaha has previously shown interest in the hybrid technology with several popular models present in the line-up. Now, reports suggest that it is levelling up the game by revisiting the same concept but from a very different angle

The company has now filed a patent for the hybrid system on its popular TMax maxi-scooter that is sold internationally as a premium offering. The newly leaked patent document hints at several notable details about this system.

The company's latest take on the hybrid technology follows the ‘serial hybrid’ arrangement. What this necessarily means is that the system features an arrangement where the combustion engine’s only purpose is to run at an efficient speed to recharge the battery. On the other hand, it is the electric motor that is responsible for pushing the motorcycle forward. The internal combustion engine as well as the electric motor have a direct connection via crank. This technology isn't uncommon, as some cars for example Chevrolet Volt, that have reached production with series hybrid technology. 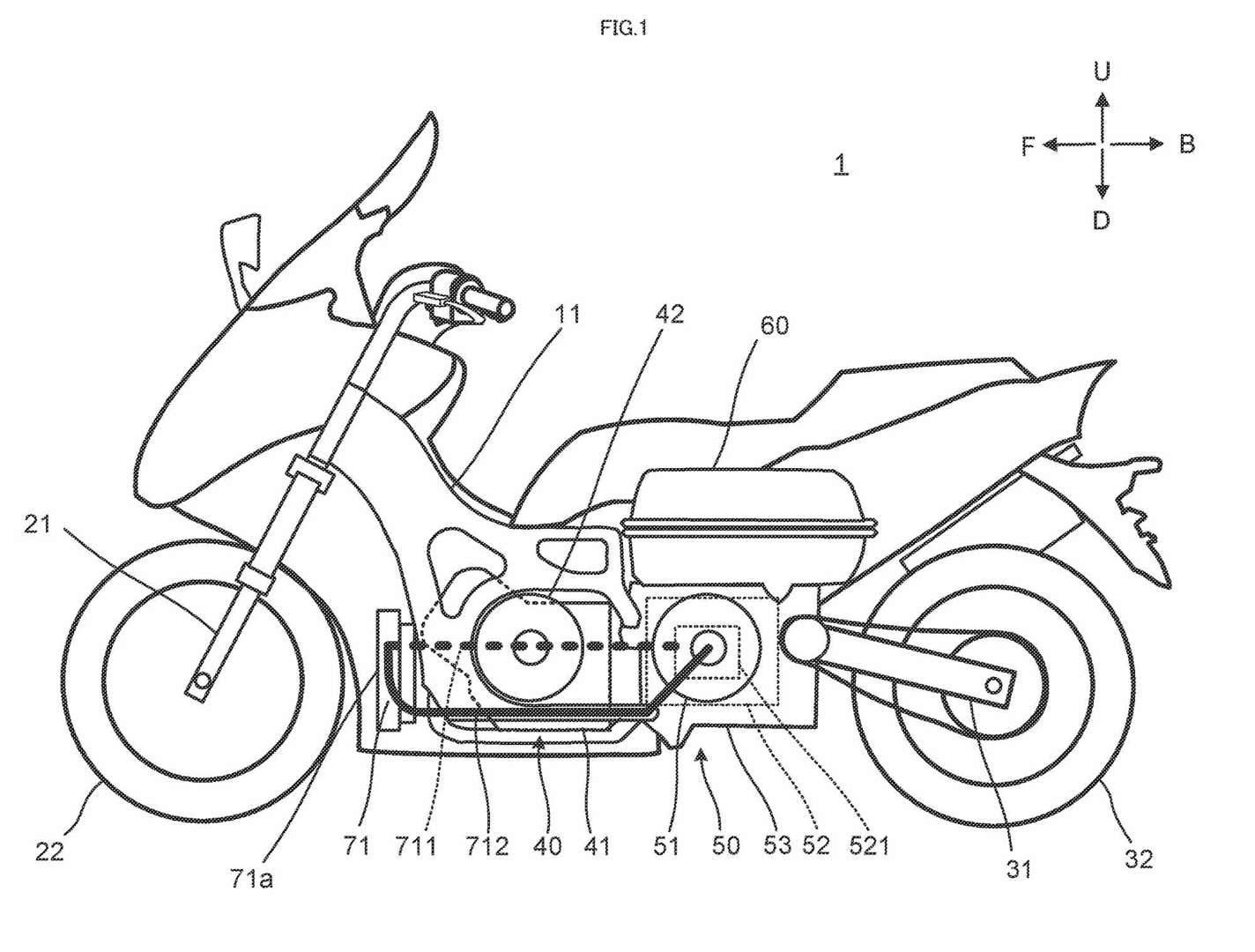 The patent (above image) highlights a reconfigured cooling system with the engine, motor, and generator all cooled by one shared radiator. (CycleWorld)

The company has likely chosen the TMAX as the base for its hybrid system as it has ample storage space under the seat thanks to its size. This might have allowed the company to cleanly hide the battery and the motor system underneath the boot, without distorting the overall aesthetics of the scooter.

While the registration of the new patent doesn’t guarantee and actual launch of this system, but if Yamaha has actual plans to introduce it in the market, the same might take place sometime by late-2023. However, an Indian launch won’t be anywhere close in sight. On the flipside, Yamaha Motor India has two entry-level hybrid scooters in the market in the form of the Fascino 125 and Ray ZR 125.

Meanwhile, the YZF-R1 maker has updated its popular R25 sports bike a new stealthy colour options. Apart from the updated colour scheme, there has been no other change on the motorcycle. (Find more details here)