Wardwizard, which used to source around 40 per cent of components for its product range from abroad, is now looking at 100 per cent localisation content for its upcoming product range.
By :
| Updated on: 30 May 2021, 02:32 PM 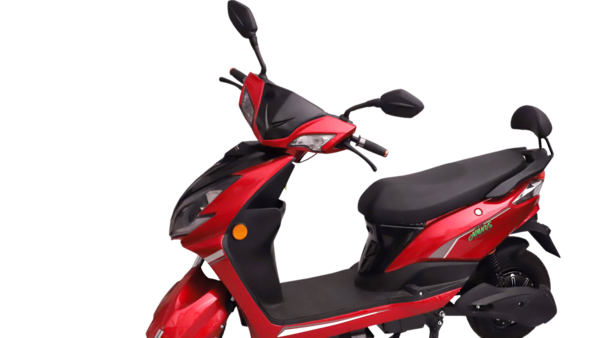 The Vadodara-based company, which currently sells nine electric two-wheeler models under the Joy brand, is also looking to enhance its presence in the overseas markets.

Electric vehicle maker Wardwizard Innovations & Mobility aims to expand its operations in the country as it looks to drive in new two-wheeler models and foray into the three-wheeler segment, according to a top company official.

The Vadodara-based company, which currently sells nine electric two-wheeler models under the Joy brand, is also looking to enhance its presence in the overseas markets.

Wardwizard, which used to source around 40 per cent of components for its product range from abroad, is now looking at 100 per cent localisation content for its upcoming product range.

"We are looking to launch three more two-wheeler models which will be completely made in India. Currently, we are awaiting ARAI certification which will take around 2-2.5 months, so the launch is expected in the next three months," Wardwizard Innovations & Mobility Chairman and MD Yatin Gupte told PTI.

He noted that the new models would cater to the personal segment.

Gupte said that another model, meant for the cargo and delivery segment, is almost ready and would be soon submitted to ARAI for certification.

He noted that the company has lined up ₹200 crore corpus for setting up manufacturing infrastructure at Vadodara, Kerala and West Bengal.

Around ₹175 crore has already been invested in the projects with the majority of it going into the Gujarat facility which can currently roll out 2,200-2,500 units per month. It could further be scaled up to 9,000 units a month on a single shift basis. Gupte noted that the company is planning to start small assembly plants in Kerala and West Bengal.

Wardwizard has already procured land in Kerala for the facility, he added.

"Another ₹100 crore would be invested this year in a phase-wise manner on various things like three-wheeler development, other R&D activities and the rollout of new models," Gupte noted.

On the company's progress in the three-wheeler segment, Gupte said the prototype of the first model would be ready by 2021-end along with certification.

The launch of the product is expected to take place in January-February next year, he added.

On the sales network, Gupte said the company would be adding another 250 dealers this fiscal, mainly in north India, to the already 350 plus outlets.

When asked about the company's plans regarding export markets, he noted that a wholly-owned unit has been set up in Uganda from where the EV maker would target other countries like Kenya, Tanzania and Ghana.

The Gujarat-based company is currently supplying units to Uganda from India and is in the process of acquiring land there to set up an assembly plant, Gupte added.