Upcoming TVS bike to launch on this date next month

The upcoming motorcycle from TVS Motor Company will launch in India on July 6th. The upcoming TVS bike could either be Zeppelin cruiser or the naked version of Apache RR 310.
By : HT Auto Desk
| Updated on: 17 Jun 2022, 12:51 PM 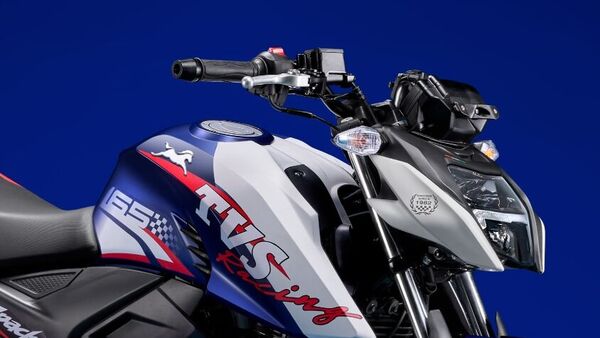 TVS Motor Company has sent a launch alert for July 6th, for its upcoming motorcycle. While the company has remained tight-lipped about what's going to be launched, rumours suggest that it will be the production-spec Zeppelin cruiser or the naked counterpart of the Apache RR 310.

While there is no official indication on the specifics of the upcoming launch, the chances of the Zeppelin cruiser getting launched in India are on the higher side. Zeppelin R cruiser concept was displayed earlier at the Auto Expo 2018 and the company has also filed for the registration of the bike's ‘Zeppelin R’ nameplate earlier this year. Also, given the fact that TVS doesn't have any cruiser offering, Zeppelin could in fact come out to be a first-of-its-kind model from the Hosur-based two-wheeler maker.

TVS has done a commendable job by staying under the radar as no prototypes have been spotted so far that can confirm its official plans. While a TVS test unit was in fact spotted a few weeks back, it was more of a Yamaha FZX rival instead of being a cruiser.

The original Zeppelin concept displayed at the event featured a low-slung cruiser styling along with a single-piece stepped seat. Needless to add, the final product might come forward with a different design and styling altogether. It might not bring along the previously seen hexagonal headlight assembly with integrated LED DRLs and chunky USD forks finished in gold colour. The wire-spoke wheels found in the concept are also unlikely to be carried forward.

More details will be made available by the first week of July.