TVS Racing, part of two-wheeler maker TVS Motor, will be the first Indian manufacturer to participate in the event.
By : IANS
| Updated on: 04 Mar 2020, 08:46 AM 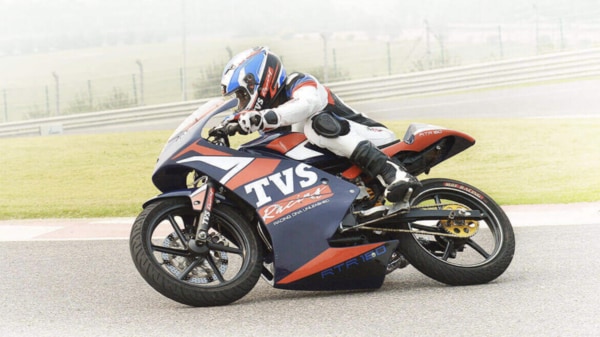 The announcement makes TVS Motor Company the first Indian manufacturer to take part in the full season of the said championship, and marks the company's debut in the International Road Racing Championship arena.

Jagan Kumar, an eight-time Indian National Motorcycle Racing Championship (INMRC) winner, has been a part of TVS Racing from 2009 and will be riding with K.Y. Ahamed, who has also recorded solid performances for TVS Racing from 2012 onwards.

The team will also have Vorapong Malahuan from Thailand who has been racing since the age of 12 and has successfully participated in numerous international events and Thailand's national racing championships, including the Asia Road Racing Championship for more than five times.

Commenting on the announcement, B. Selvaraj, Team Manager, TVS Racing, said "It's a proud moment for us at TVS Motor Company to debut at the ARRC for the entire season. TVS Racing has been setting benchmarks in the Indian motorsports arena, and now it is time for us to up the ante in the Asian championship, with a focus on road racing.

"We are happy to have onboard Vorapong Malahuan, who has demonstrated exemplary performances in a plethora of international championships, along with Jagan and Ahamed, who have shown immense grit in the Indian road racing circuit."

The first race of the 2020 season of ARRC will take place between March 6 and March 8 at Sepang International Circuit, Malaysia. The riders will participate in the Asia Production 250 (AP-250) category of the championship, astride the race-spec TVS Apache RR 310 -- the only India manufactured motorcycle in the race.