This rare Harley-Davidson FXDR is limited to just 30 units

Harley-Davidson has extended its Softail line-up in Ireland and UK with the launch of the FXDR 114 Limited Edition bike.
By : Prashant Singh
| Updated on: 24 May 2020, 05:59 PM 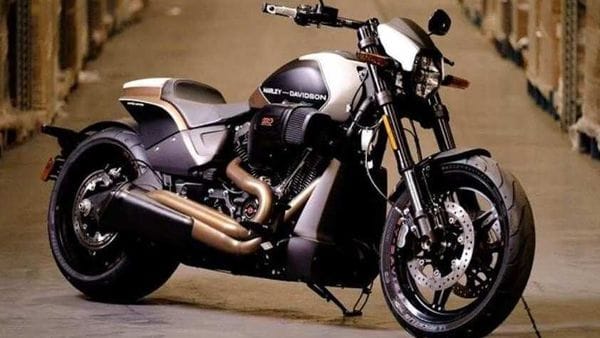 Harley-Davidson bikes are the first choice of two-wheeler customisation houses around the globe. Harley is known for collaborating with different bike customisation firms and jointly work on limited-edition factory models which fly off the shelves in no time.

This time around, Harley-Davidson has extended its Softail line-up in Ireland and UK with the launch of the FXDR 114 Limited Edition bike. This rare model is limited to just 30 units and has been made in collaboration with Image Design Custom, a UK-based painters and bike custom design house.

The bike gets a white, black and gold colour scheme which gives it an exquisite look. Apart from a custom paint job, the bike also features a ‘Limited Edition’ badge, a new logo design on the tank as well as a unique serial number.

The sole mechanical tweak on the bike comprise a single-piece handlebar which comes kitted on a ‘Fat Ape’ handlebar riser kit. The new unit is a replacement to the stock clip-ons.

As far as pricing is concerned, it has been tagged at £18,345 ( ₹16.97 lakh) retail price tag. For the record, it is the same pricing as some other official paint schemes which are available on the stock bike. It is slightly costlier than the base variant of the bike which comes at a price tag of £17,995 ( ₹16.61 lakh).

Though this limited-edition model might not be the most radical design as far as factory customs go, but it surely is a good initiative to keep the customers engaged in the current testing times.

Recently, Harley-Davidson India has started the home-deliveries of new bikes. Besides that, it has also rolled-out various new schemes and initiatives. (Full details here)