Suzuki says special steps have been taken to ensure safety of customers and employees at the dealerships which have resumed operations.
By : HT Auto Desk
| Updated on: 22 May 2020, 14:00 PM 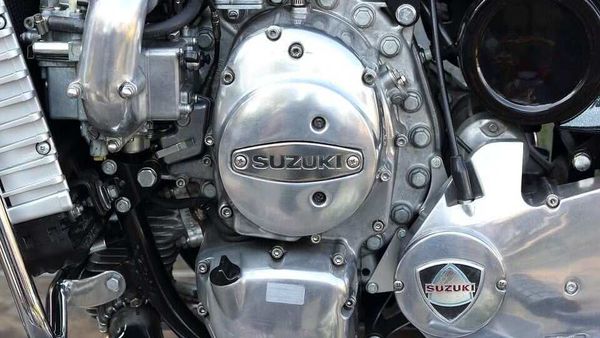 Suzuki Motorcycle India on Friday announced that over 50% of its dealerships across the country have now resumed operations after the ongoing lockdown had led to shutters being pulled down.

Suzuki had announced earlier this week that operations at its manufacturing facility at Kherki Dhaula, Gurugram, have resumed and has now stated that its dealer networks too are re-starting work in a gradual manner. “We are pleased to resume our retail and dispatch services in almost all parts of the country except those in containment zones as per the Government directives," said Koichiro Hirao, Managing Director, Suzuki Motorcycle India. "We have prepared extensive Standard Operating Procedures for the dealerships which include frequent sanitization and practicing social distancing."

Emphasizing that prospective customers ought not to hesitate from visiting showrooms, Hirao further said that safety concerns have been addressed at all showrooms which have opened doors. "We can assure our existing and potential consumers that it is entirely safe to enter the showrooms to buy new vehicles and get the existing ones serviced. Our utmost priority is to adhere to various preventive measure in order to maintain safe operational environment across functions," he said.

Suzuki next plans to get its reamaining dealerships in the country to also resume operations as and when possible and with the same adherence to safety protocols.