People are increasingly buying e-bikes with preference for personal mobility.Uncertain financial times may mean a lack of intent to invest in a car.
By : HT Auto Desk
| Updated on: 22 Jan 2021, 12:13 PM 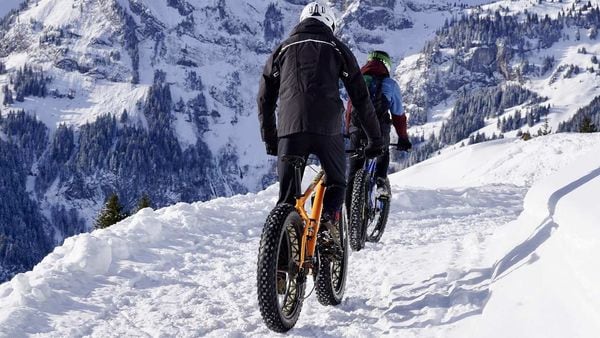 The exponential growth in the sales of electric cycles in several European markets in recent times have been such that the pace is now set to go past sales of cars with conventional internal combustion engines. With more and more people preferring personal modes of transportation in Covid-19 times but unwilling to make massive financial investments in uncertain economic times, e-cycles' adoption has been extensive over the course of the past several months.

It is reported that the popularity of e-cycles had been on the rise for several years and in many European countries - nearly one million units were sold in the first six months of 2019 in Germany. But the onset of the pandemic and the consequent lockdowns have only acted as catalysts.

A report in Electrek citing projects made by the Confederation of the European Bicycle Industry (CONEBI) highlights that the e-cycle market in EU will rise to around seven million by 2025. The same report states that some other projections put the figure to 10 million.

In contrast, the growth in new car registrations have been significantly slower even if the figure of 15.5 million in all of 2019 is still ahead of e-cycles. This growth is especially slower when compared to growth in e-cycle sales in some countries which report it at up to 40% each year.

With countries setting ambitious goals to become carbon neutral and giving impetus to people at large to adopt green modes of transportation, the popularity of affordable e-cycles is likely to maintain its momentum. Additionally, some countries have imposed traffic restrictions at key junctions in major cities which prohibits entry of vehicles. UK recently began contemplating a move to impose toll on public roads which could also make buyers think twice before buying a conventional vehicle on four wheels.

For now, environmentalists and many city planners are in celebratory mode and are hailing what is being termed as the renaissance of cycling in the modern world.