The updated Euro-spec Royal Enfield Himalayan features a set of new paint scheme options and a tweaked engine.
By : Prashant Singh
| Updated on: 03 May 2020, 06:23 PM 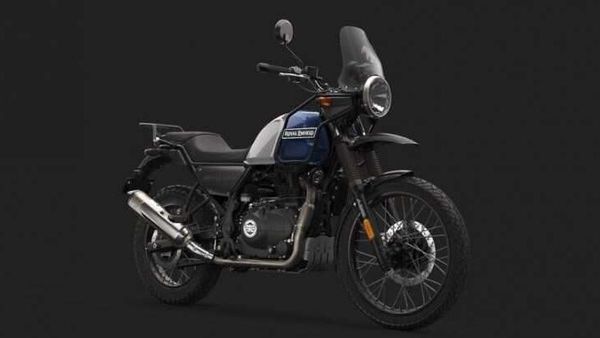 The Euro 5 Royal Enfield Himalayan has been launched in the European market. Apart from a cleaner engine, the motorcycle has been updated with new colours and features.

(Also Read: These many Royal Enfield bikes were sold in April across India)

The Euro 5 compliance is equivalent to the new BS 6 emission standards which went live in India since April 1st. Though the Euro 5 Himalayan specifications are yet to be confirmed, but it will most likely be identical to the Indian-spec BS 6 model. Speaking of which, the Himalayan (BS 6) gets a 411 cc, single-cylinder, air-cooled, SOHC mill which is available with fuel-injection technology. This unit delivers 24.3 PS of power at 6,500 rpm and 32 Nm at 4,000-4,500 rpm. It comes hooked to a 5-speed transmission.

Apart from an updated engine the motorcycle has also received 3 new colours - Rock Red, Lake Blue and Gravel Grey, in addition to the previous Granite Black, Snow White and Sleet Grey colours. Moreover, other new features also include white back-light in the instrument cluster and a re-worked side stand.

The rest of the bike remains more or less the same. It comes kitted with a pair of 41 mm front telescopic forks with 200 mm of travel, while at the rear sits a monoshock with 180 mm travel. The front rolls on a 21-inch tyre and the rear comes kitted to a 17-inch rear wheel. Being an adventure bike it gets a set of dual-purpose tyres. It also comes with ABS for added safety.

(Also Read: How different is Royal Enfield Meteor 350 in comparison to Thunderbird 350X)

The Royal Enfield Himalayan is a mid-segment adventure offering which is a comparatively cost-effective option against the likes of KTM 390 Adventure and Kawasaki Versys X 300.