Has the Royal Enfield Himalayan improved over time since it was first introduced in 2016 or is it still the same ADV in a different styling theme?
By : Prashant Singh
| Updated on: 13 Sep 2020, 13:24 PM When launched in 2016, the Royal Enfield Himalayan made a promising impact on the customers who were long starved for an affordable adventure bike. But against predictions, it struggled to pass through quality and reliability tests at the time and after an initial hype, the sales started to roll back down. But over the years, Royal Enfield introduced several updates on the bike and recently we got to ride the most recent BS 6-version of the Himalayan. So has the Himalayan improved over time or is it still the same? Read on to know.

So apart from the obvious BS 6 update, the Himalayan has gained several minor changes which raise its overall appeal. First of all, the company has tried to elevate its visual quality perception with better finishes and new paint schemes. Our test unit featured the Gravel Grey paint scheme and there are also two-tone models available which are available at a higher cost. 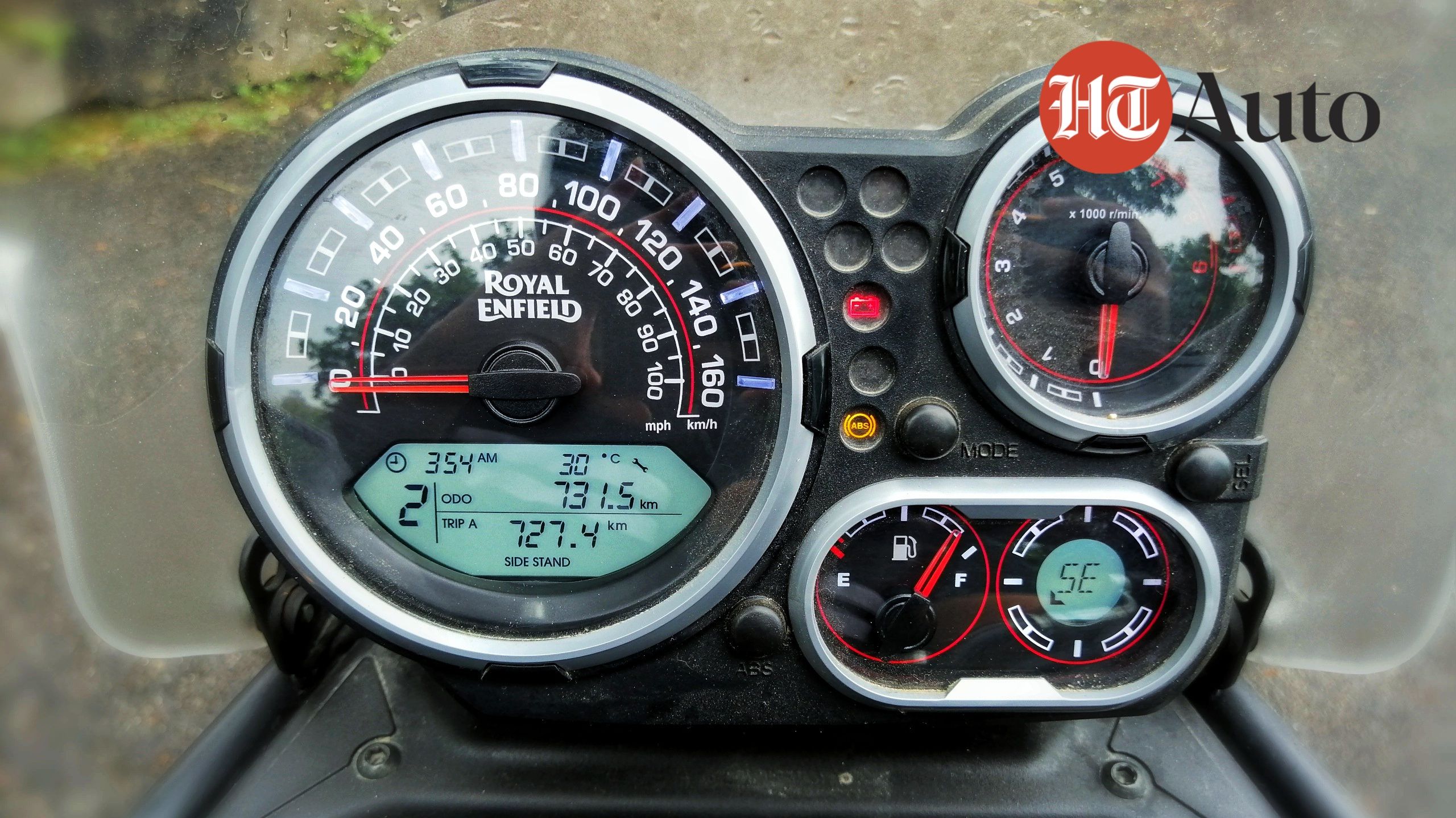 The instrument console is the same busy combination of digital and analogue format dials.

Coming to the updates, you'll see that the bike has gained some blacked-out bits including the steering top yoke, handlebar-end weights and fuel-tank cap which gets a sandblasted texture. The instrument panel is the same busy combination of digital and analogue format dials but the difference is that the digital inserts are now white-backlit, while the previous meter was done in orange. Also new is the button that lets you disengage ABS at the rear wheel. This is a welcoming addition especially for the folks that enjoy dirt slides. 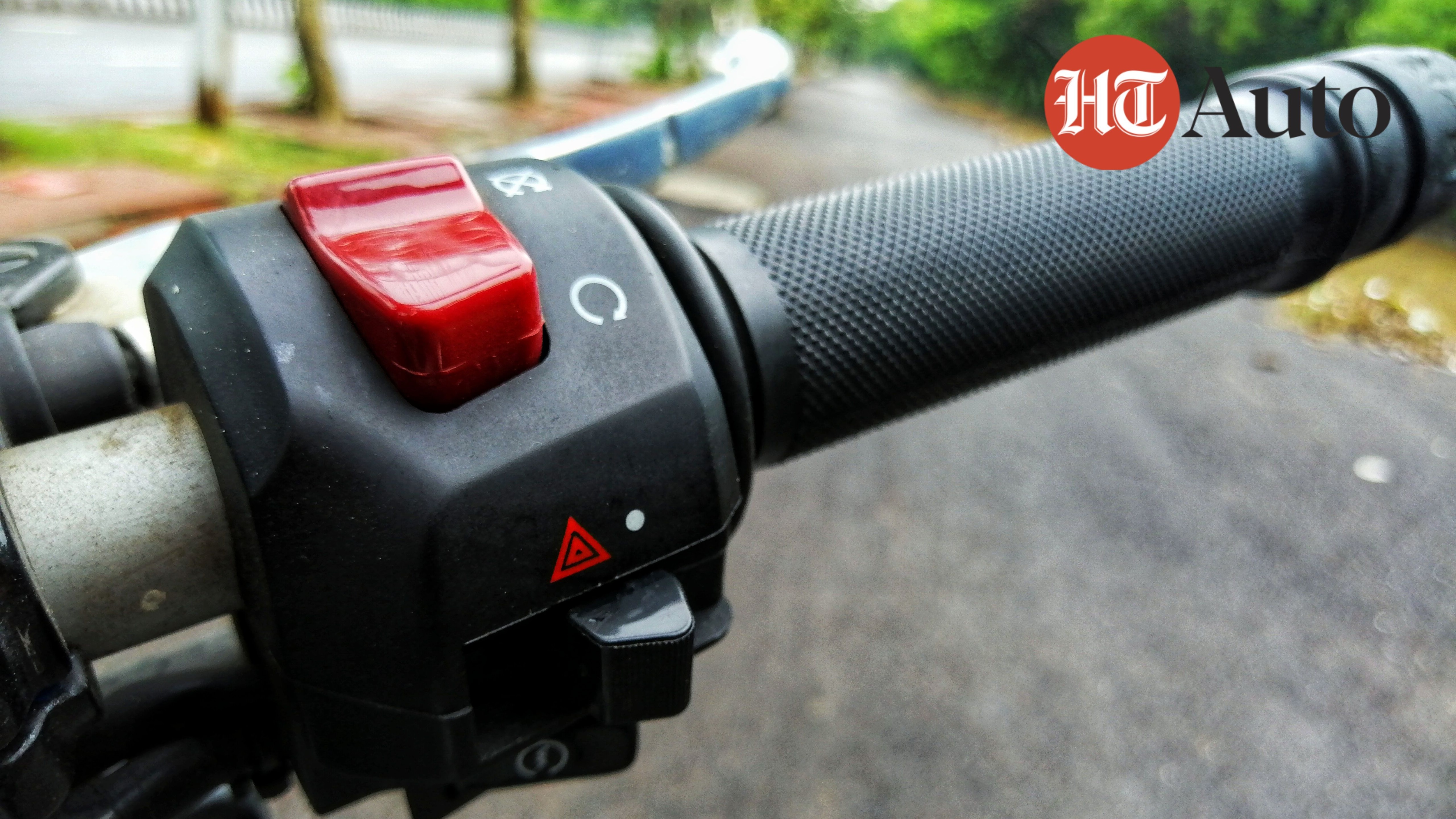 It gets a dedicated button for hazard lights on the handlebar.

Not to forget, the very reason for this update is the BS 6-compliant long stroke, 411 cc, single-cylinder unit that fires up with a thumb start and still sounds crisp as ever. With the BS 6 update, it has of course gained a catalytic converter which bulges out on the right side, but it has also lost 0.2 PS which is an insignificant loss honestly. So it now makes 24.3 PS while the torque remains the same at 32 Nm. Overall, there's not much changed in terms of the way its long stroke delivers as there's oodles of torque layered between 3000 rpm to 5000 rpm. It gets to the triple digit speeds in no time and the engine is a delight to ride on the highways.

Has the ride quality improved?

The Himalayan has always been a fantastic machine to ride irrespective of the quality of roads your town has, but it has its own share of niggles which still make some customers shy away from it.

While riding the new Himalayan you’ll realize that its crisp exhaust note is accompanied by a fair degree of engine noise. And it keeps on getting louder as you rev it hard, which can sometimes be frustrating. This constant buzzing noise from the powertrain isn't great to enjoy. But mind you, there are no vibrations even when you are pushing it hard and the bike retains its reassuring ride quality thanks to its long travel suspension, and flat and wide rider's seat which is also decently cushioned for longer rides. 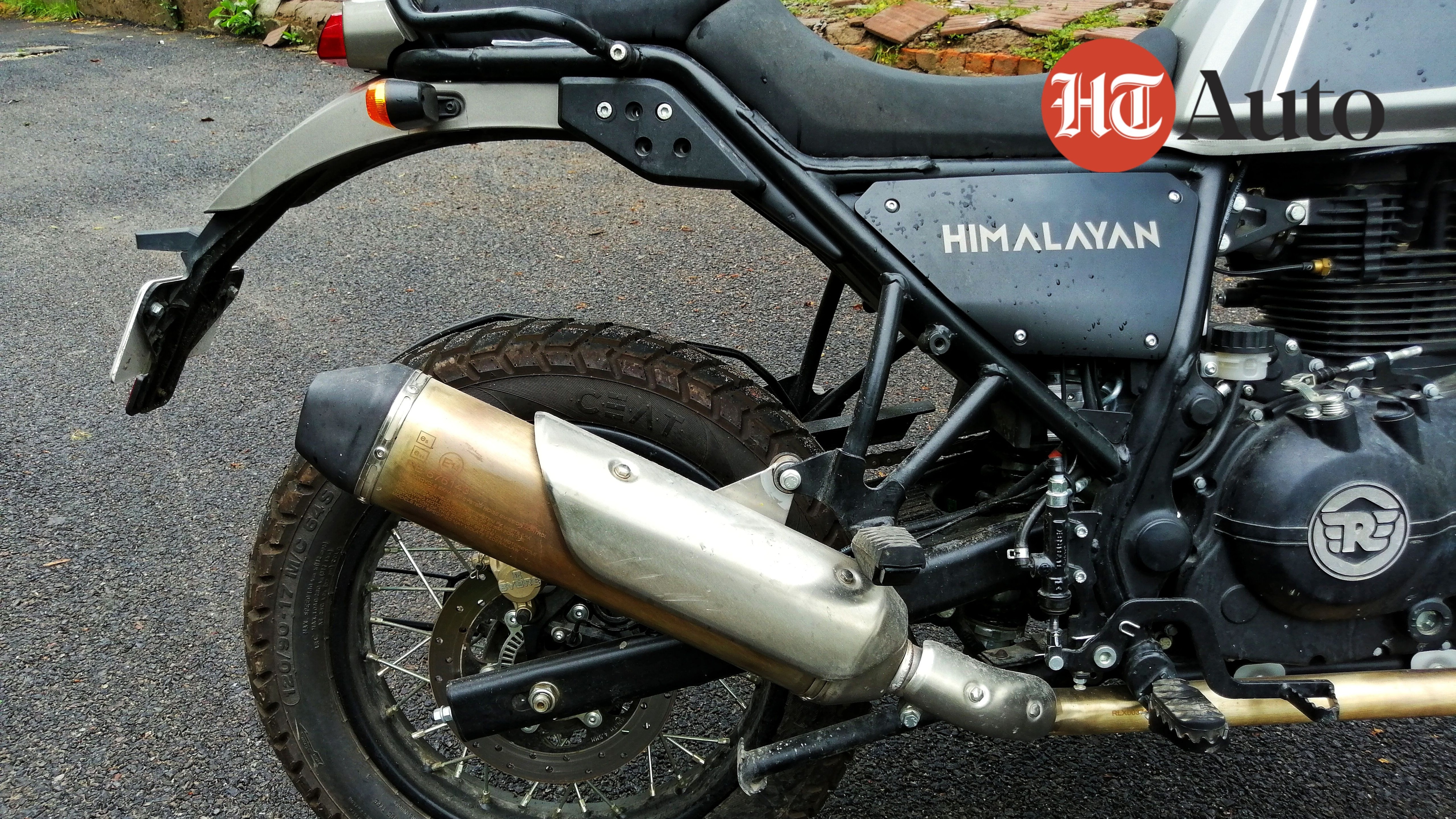 Its lowest-in-class seat height (800 mm) ensures that it is ergonomically friendly for even slightly shorter riders.

The Himalayan is ergonomically perfect for someone who is 5’10 or above. But that doesn’t mean short riders can’t swing a leg over it. Its lowest-in-class seat height (800 mm) ensures that it is ergonomically friendly for even slightly shorter riders. While it retains its 'segment-best' 220 mm ground clearance, the fact that its center-stand has been leveled in a way that on certain instances it grazes over bumps, is surprising for an ADV.

Himalayan is easy to get used to. It's a friendly package and you don't need to be a professional rider to master it. It might look intimidating due to its comparatively taller height, but it is as friendly as your everyday commuter, but 10 times the fun.

Sadly, we couldn't take it to the off-roads during the test, but that is a story for another day. 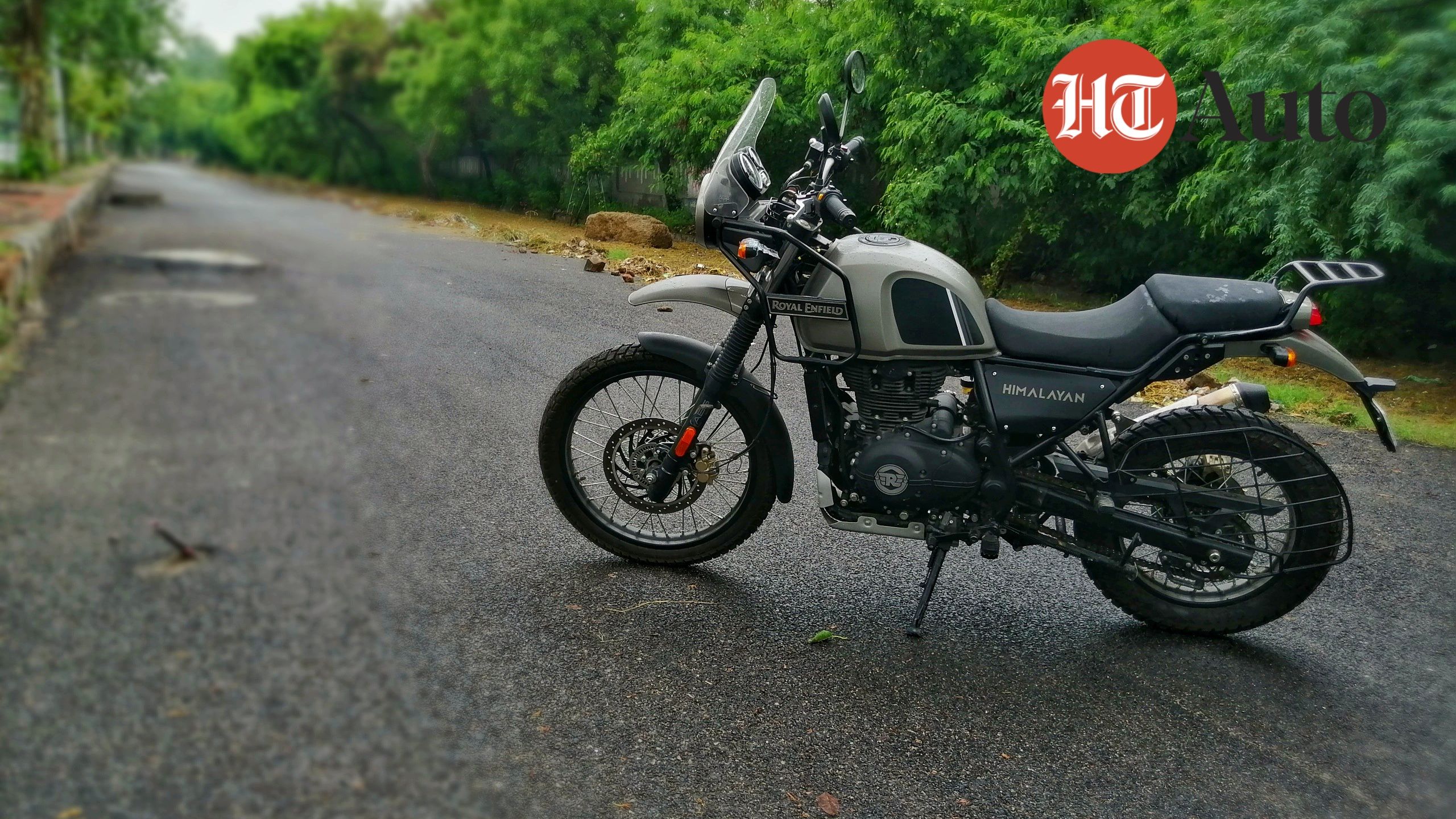 Himalayan is easy to get used to. It's a friendly bike and you don't need to be a professional rider to master it.

Does it makes sense?

While the original Himalayan came with a sticker price of ₹1.55 lakh, it has now rocketed to ₹1.86 lakh for the latest BS 6 model. A 30k increment for a bike of this class over a period of four years sure sounds big, but honestly there is no other motorcycle in this price bracket that does the things that Himalayan is capable of doing. Since there is no direct competition to the Himalayan, it manages to offer quite a unique package to the adventure junkies which do not wish to invest in the Austrian or Japanese products that cost almost the double.

Should you buy it?

Himalayan isn't perfect and there's still some room for improvement when it comes to the overall quality it offers, but it is an absolute bomb of a product if you look at what price you are paying for it and the fun it promises on your adventures.