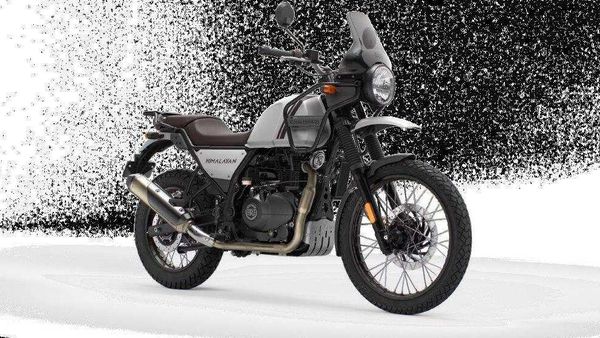 Royal Enfield Himalayan 2021 has received the Make It Yours - MiY - initiative.

Royal Enfiled launched the new 2021 Himalayan adventure motorcycle recently at a price tag of ₹2.01 lakh (ex-showroom). Now the company has commenced deliveries of the bike and has already rolled out over 100 units of the new model in a single day across its stores in Kerala.

As per the company, Himalayan is a fairly popular bike in Kerala and the addition of new features - inbuilt tripper pod and MIY (Make-It-Yours) - has further enhanced its popularity in the state. The bike has been launched in three new shades - Granite Black, Mirage Silver and Pine Green colour which will retail alongside the existing options - Rock Red, Lake Blue and Gravel Grey.

The bike maker has also introduced the new Make It Yours – MiY initiative on 2021 Himalayan, allowing customers to personalize their own bike across all channels – the RE website, App, and at the dealerships too.

In addition that, the most prominent change on the bike include the use of Royal Enfield Tripper turn-by-turn navigation which was previously launched on the Meteor 350 motorcycle.

Other updates on the ADV include an updated seat, rear carrier, front rack and windscreen. These updates are said to make the bike even more capable and convenient than the predecessor.

“In a short span of just 5 years, the Royal Enfield Himalayan has opened up a new category within global adventure touring, has successfully established itself as a truly global motorcycle, and has been among the most sought after motorcycle for Royal Enfield across several geographies," said Vinod K Dasari, CEO, Royal Enfield on the launch of the new ADV.