The popularity of the Royal Enfield 650 Twins can be attributed to the fact that these bikes remain fairly affordable against other middleweight segment offerings in the country.
By : HT Auto Desk
| Updated on: 31 May 2022, 03:16 PM 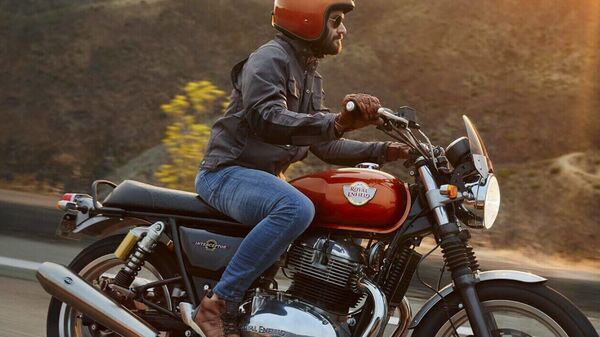 Royal Enfield Interceptor 650 is one of the most popular middleweight bikes in India.

Royal Enfield is gearing up to ramp up sales in the middleweight premium motorcycle segment. The company has now managed to push the sales figures of its Continental GT 650 and the Interceptor INT 650 by as much as 67% in the month of April. The company sold a combined 2,159 units in April 2022 which is significantly up from 1,293 units in the corresponding month a year ago. Also, in terms of monthly growth, the company sold 1,226 units of the 650cc motorcycles in March'22 which nearly doubled in April'22 at 2,159 units.

The popularity of the Royal Enfield 650 Twins can be attributed to the fact that these bikes remain fairly affordable against other middleweight segment bikes in the country. While the Royal Enfield Interceptor 650 has been priced from ₹2.88 lakh and goes up to ₹3.14 lakh, the Continental GT 650 cost starts at ₹3.05 lakh for the standard version and goes up to ₹3.31 lakh (all prices ex-showroom).

Meanwhile, the company recently announced that the new 120th Anniversary Special Editions of the Interceptor 650 and Continental GT 650 have been sold out in the market of Australia. These bikes previously also went on sale in India and were sold out within 24 hours of going on sale. These limited-edition bikes first broke cover on the world stage at the EICMA 2021. Produced in limited numbers, these bikes have been distributed evenly between Europe, America and Southeast Asia.