Revolt said that it has been witnessing an upsurge in demand of EVs as an aftereffect of rising petrol prices.Revolt will now have 19 dealerships in 14 major cities spread across 9 Indian states.
By : HT Auto Desk
| Updated on: 02 Nov 2021, 12:37 PM 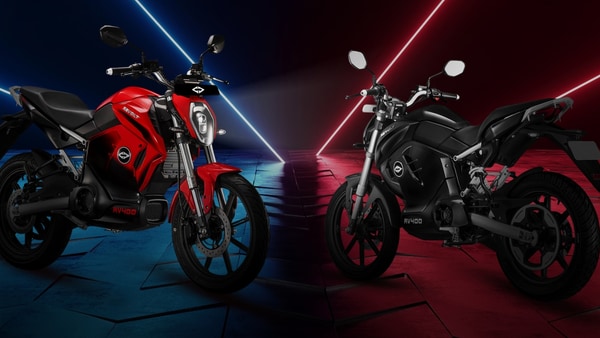 RattanIndia backed EV maker Revolt has announced that it is all set to expand its footprint in five new Indian cities including Kolkata, Coimbatore, Madurai, Vizag and Vijayawada.

With the announcement of operations in these cities, the company will now have 19 dealerships in 14 major cities spread across 9 Indian states. Previously, the company has announced the opening of new dealerships in 3 new Indian cities in October. Revolt said that it has been witnessing an upsurge in demand for EVs as an aftereffect of rising petrol prices.

The company's RV400 flagship bike features a 3KW (Mid Drive) motor that squeezes charge from a 72V, 3.24KWh Lithium-Ion battery. This setup pushes the motorcycle up to a top speed of 85km/h.

The company's flagship electric bike can be operated through the MyRevolt App that enables several connectivity, ride features such as bike locator/Geo-fencing, customised sounds that can be accessed with just a tap on the screen. In addition, it also provides complete bike diagnostics, battery status, historical data along with an option of locating the nearest Revolt Switch Station to swap Revolt’s battery.

The battery-powered bike from Revolt comes with three riding modes - Eco, Normal and Sport. Some other key features highlights on the RV400 include the Upside Down (USD) forks up-front and a fully-adjustable monoshock at the rear.