Ola Electric scooters will be able to upgrade to Move OS2 software which will offer more features in the S1 Pro scooter than offered in the earlier versions.
By : HT Auto Desk
| Updated on: 07 Jun 2022, 12:08 PM 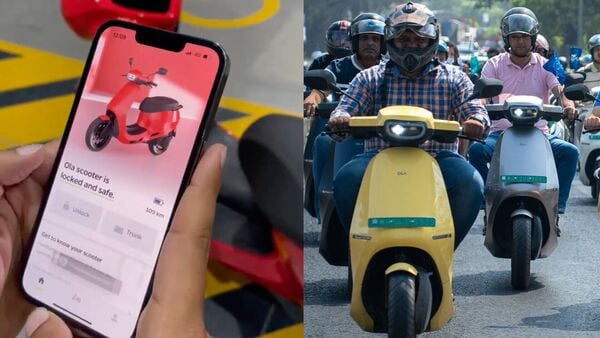 Aggarwal took to Twitter to announce, “Consumer event at the Futurefactory next weekend (June 18/19)! Will host winners of the 200km challenge and other Ola Electric customers & supporters. Public launch of MoveOS 2 also on the same day."

Ola Electric had earlier revealed that the new software update will activate some of the previously highlighted features missing so far in its electric scooters S1 and. This is be the first major over-the-air (OTA) update for the S1 and S1 Pro electric scooters after they were launched in August last year. Some of the features that will be added include the bluetooth connectivity, navigation and cruise control features.

When launched, Ola had promised some key features like hill hold control and Hyper Mode in S1 Pro electric scooters. Varun Dubey, chief marketing officer at Ola Electric, had assured recently that most of these updates will be available before June this year.

Ola Electric had rolled out the first batches of S1 Pro electric scooters without some of the highlighted features. The electric two-wheeler manufacturer had said the features will be added on in OTA updates later. Several Ola Electric customers had complained about the software in some of the scooters already delivered.

Ola Electric has not yet shared the complete list of features that will be activated in the forthcoming OTA update.