Ola electric scooter's launch inches near. Should rivals be concerned?

Ola Electric is yet to disclose the pricing of its battery-powered scooter. The company is likely to launch its electric scooter in India this July. Ola has announced a ₹2,400 crore investment for its upcoming electric vehicle facility near Tamil Nadu.It will rival the Ather 450X.
By : HT Auto Desk
| Updated on: 24 Jun 2021, 11:11 AM 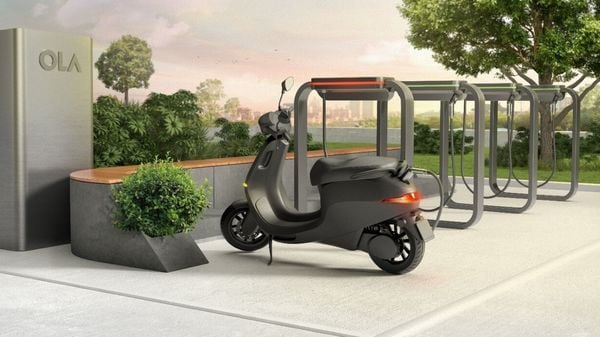 Ola has launched its first ever electric vehicle category in London.

Ola Electric is gearing up for the launch of its first electric scooter in India this summer. The company is said to be rolling out the scooter's pricing this July. It has already started deploying its 'Hypercharger Network' across the Indian cities. This network will include one lakh charging points across 400 cities in India.

The company has also announced a ₹2,400 crore investment for its upcoming facility near Tamil Nadu. This plant will be responsible for churning out 2 million units annually and will generate nearly 10,000 jobs. It is said to be the world's largest e-scooter manufacturing facility.

"We will put out the factory by June, which will have the capacity to manufacture 2 million units and then we'll ramp up - over the next 12 months - after the factory is set up...the sale will also start at the same time, so factory gets completed in June, sale starts in July," Ola Chairman and Group CEO Bhavish Aggarwal said.

While Ola Electric is yet to disclose the pricing of its battery-powered scooter, it has said in the past that the new launch is in line with the company's global vision of making mobility more accessible, sustainable, and connected.

"To get adoption of electric vehicles, a strong charging network is required. Today, one of the key infrastructure gaps in our country is charging network...(Our) Hypercharger Network will be the largest fast charging network for two-wheelers...(across) 400 cities and towns and we will be building more than 1,00,000 charging points as part of this network," he said.