Ola has also commenced online bookings for the upcoming electric scooter.Ola Electric has managed to pre-book over 1 lakh units of the scooter within 24 hours of commencement of bookings.The new Ola scooter will be one of the most feature-packed two-wheelers in the category.
By : HT Auto Desk
| Written By : Prashant Singh
| Updated on: 20 Jul 2021, 10:47 AM 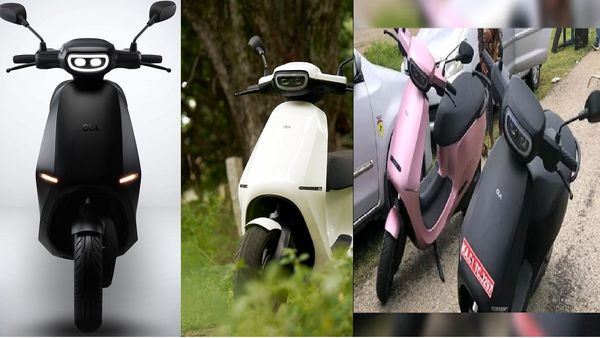 The Ola electric scooter will be capable of charging from 0 to 50% in just 18 minutes. Image 3 (right) credit: IAmABiker

Ola’s upcoming electric scooter is all set to be launched in the Indian market by the end of this July. The scooter has been officially teased on several occasions as Ola is trying to hype up things before the scooter’s official launch.

Ola’s new battery-powered offering will make way to the Indian market in several exterior colours and some of the confirmed options include black, pink, light blue and white. The latter was recently revealed by the company in social media posts.

Ola has also commenced online bookings for the scooter. Interested customers can book the vehicle at the company’s official webpage at a token amount of ₹499. The booking amount is completely refundable with no conditions.

The scooter’s key features were also teased by the company’s Group CEO Bhavish Aggarwal who took to Twitter to reveal details on the new scooter. Aggarwal confirmed in his Twitter post that the scooter will benefit from some class-leading features such as the biggest-in-class boot space, app-based keyless access, and a segment-leading range. Moreover, previous spy images have also confirmed other key features such as dual projector headlamp, single-piece seat, external charging port, LED DRL, an LED taillight, a hook for carrying luggage, split-type rear grab handles, a black coloured floor mat and a fully digital instrument cluster. Needless to say, these features will make it one of the most feature-packed two-wheelers in the category.

(Also Read: From Ather to Ola and more, 5 real factors to consider before buying e-scooter)

As per official claims, the scooter will be capable of charging from 0 to 50% in just 18 minutes, and this charge will be good enough to deliver a range of 75 km. At the same time, the full charge range of the scooter is said to be somewhere around 150 km. If claims are true, the new electric scooter will sport a longer range than most of its rivals such as the Ather 450X and TVS iQube.