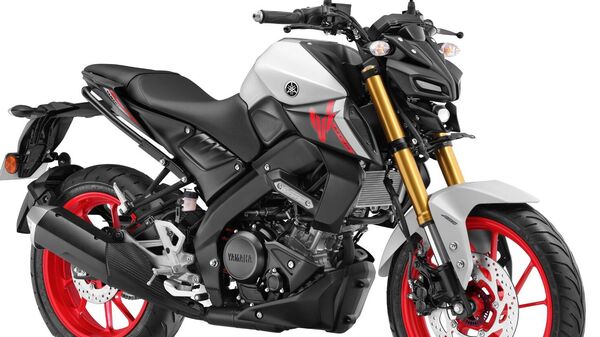 Yamaha Motor India has hiked prices throughout the majority of the bikes in its portfolio and the latest price hike also includes MT-15 V2 naked streetfighter. The bike has now become dearer by ₹2,000 and the rejigged pricing of the motorcycle now starts from ₹1,61,900 for the Black colour option. The same trim previously retailed at ₹1,59,900. Meanwhile, the Cyan and Ice Fluo now cost ₹1,62,900, the same was previously priced at ₹1,60,900. Save for the price hike announcement, no other change has been introduced to the model.

The bike continues to sport the same 155cc, single-cylinder engine. This liquid-cooled, 4-stroke, SOHC, 4-valve engine delivers 18.4PS of maximum power at 10,000 rpm, and 14.1Nm of peak torque at 7,500rpm. It also comes with Yamaha's patent Variable Valve Actuation (VVA) system. The engine comes featuring a six-speed gearbox. Being based on the R15, the MT-15 features the same patented Delta Box frame and weighs just 139 kg.

Some of the key feature highlights on the bike include the use of a Bluetooth-enabled screen, LED headlamp, and single-channel ABS. The MT-15 V2 also gets the upside-down forks and aluminum swingarm that has been borrowed from the R15 V4.

Having launched in April this year, the MT-15 V2 sales touched the 9,228 unit mark in the debut month. This is a direct jump of 62% in terms of YoY sales against the MT-15 V1. Previously in April'21 the company had sold only 5,692 units of the same model.

Meanwhile, the company is also gearing for the launch announcement of two new mid-displacement models in India. The details of which will be rolled out in the months to come.