New Harley-Davidson Sportster model to be unveiled on April 12: What to expect

The upcoming Harley-Davidson Sportster is likely to cost significantly lesser than the existing Sportster S which is currently priced at ₹15.51 lakh (ex-showroom, Delhi).
By : HT Auto Desk
| Updated on: 05 Apr 2022, 03:54 PM 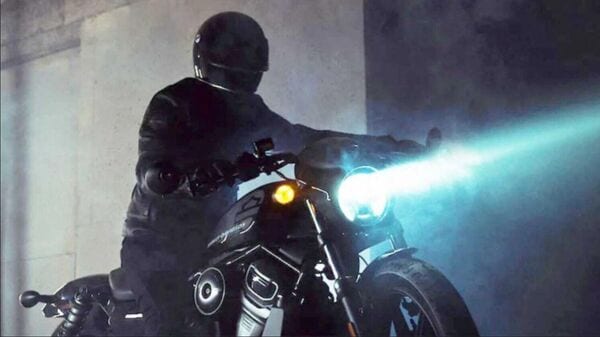 The new Sportster will feature a circular headlight at the front along with a bikini fairing around.

Harley-Davidson is gearing up for the introduction of a new motorcycle soon. The company has rolled out teaser for a new variant of Sportster that will break cover on April 12th. The upcoming Harley is likely to sit below the Sportster S and the latest teaser hints at several key details on the upcoming model.

The new Sportster will feature a circular headlight at the front along with a bikini fairing around it. This design will be quite different in comparison to the modern-looking rectangular LED headlight featured on the ‘S’ model. Apart from these updates, there will also be some other changes visible on the bike including a larger front alloy wheel shod with thinner tyres. The motorcycle will also feature a revised riding position that may be more natural against the sportier stance of the ‘S’ model. The new lower-spec Sportster will also receive a curved fender and twin shock absorbers instead of a monoshock.

The teaser also hints at the company's Revolution Max, liquid-cooled engine with a low-slung exhaust pipe. However, it remains to be seen if the bike will come with Revolution Max 1250 or the 975 unit.

More details on the upcoming Harley-Davidson model are likely to be rolled out soon. As far as pricing goes, expect the bike to cost significantly lesser than the existing Sportster S which is currently priced at ₹15.51 lakh (ex-showroom, Delhi).