Harley-Davidson Nightster has been already listed on the company's India website, indicating a nearing launch.
By : HT Auto Desk
| Updated on: 13 Apr 2022, 02:35 PM 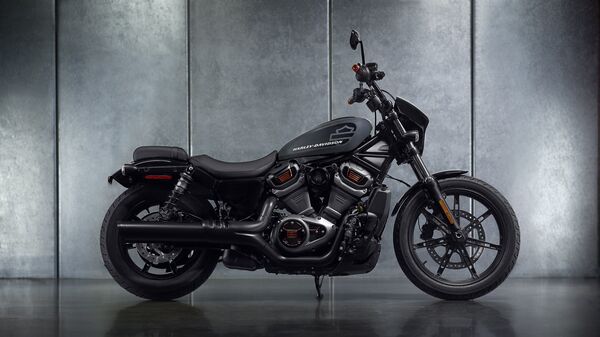 Harley-Davidson Nightster comes more as a roadster than a full-fledged cruiser like the Sportster S.

The Harley-Davidson Nightster looks like a traditional sportster with its chopped front and rear fenders, a round headlamp, a solo bobber seat, a chunky fuel tank and round air intake cover. It also comes with some modern styling touches in form of seven-spoke black alloy wheels and a beefy looking single-sided exhaust canister. The fuel tank is actually an airbox cover, while the actual 12-litre fuel tank is located under the seat behind the side covers.

The motorcycle maker claims that this strategy allows the motorcycle a lower centre of gravity. For refuelling, one needs to lift the hinged locking seat for refuelling. Instead of a full LCD display, it gets a four-inch analogue gauge with a multifunction LCD display. It also comes with all-LED illumination.

The power source for the Harley-Davidson Nightster is a new Revolution Max 975cc liquid-cooled 60-degree V-twin engine paired with a six-speed transmission via an assist and slip mechanical wet clutch. This 975T engine is a downsized version of the 1252cc motor powering Sportster S. The engine churns out 90 bhp at 7,500 rpm and 95 Nm of peak torque at 5,000 rpm. The motorcycle comes with three different ride modes - Rain, Road and Sport, each increasing performance and throttle response.

The motorcycle rides on 19-inch front and 16-inch rear cast aluminium alloy wheels. For braking, it gets a 320 mm disc in front with an axially mounted four-piston calliper and a 260 mm disc at the rear with a floating single-piston calliper. The motorcycle also gets ABS and a traction control system.