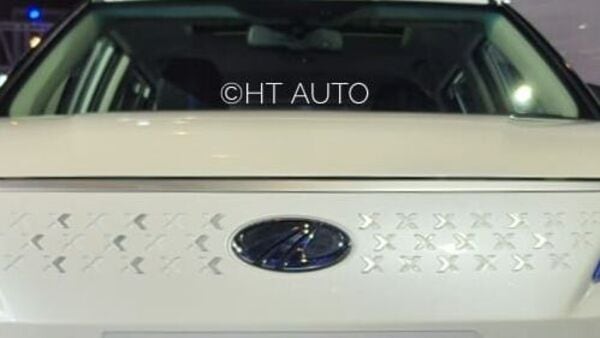 Back at Auto Expo 2020, Mahindra showcased the electric version of the XUV300. Then there were rumours that Mahindra wants to differentiate between the XUV300 and its electric version so they will be calling the new electric vehicle, XUV400 EV. It is expected that the XUV400 EV will be launched in India by the end of this year or early next year. Now, the upcoming electric SUV has been spotted on the Indian roads.

The XUV300 measures under 4 metres in length and this was done to take tax advantages. For this Mahindra had to shorten the length of SsangYong Tivoli's platform on which the XUV300 is based. However, this will not be the case with the XUV400.

The reason behind this is that the sub-4-metre tax advantages do not apply to electric vehicles. Moreover, the XUV300 is criticized by some people to have a very small boot space. So, Mahindra has decided to retain SsangYong Tivoli's original length. This means that the XUV400 EV will measure 4.2 metres which should open up more space in the cabin and boot.

The test mule has a closed-off grille to improve aerodynamics and the front does not need as much cooling because there is no engine. On the sides, there are newly designed alloy wheels. Moreover, the charging port is located on the left front fender.

The front headlamps might look the same as the ICE version of XUV300 but the vertical LED Daytime Running Lamp is now gone. The front and rear bumper have been revised. Moreover, the rear profile and tail lamps now look similar to the ones that were there on the XUV300 Electric concept. So, the Mahindra XUV400 EV will have a new tail lamp design.

The interior of the test mule looked similar to the XUV300. However, Mahindra will end up using the AdrenoX system that we have seen on the XUV700 and the Scorpio N. The instrument cluster and gear lever will also be updated to suit an electric vehicle.