Looking to scale up motorcycle biz in India: Suzuki Motorcycle 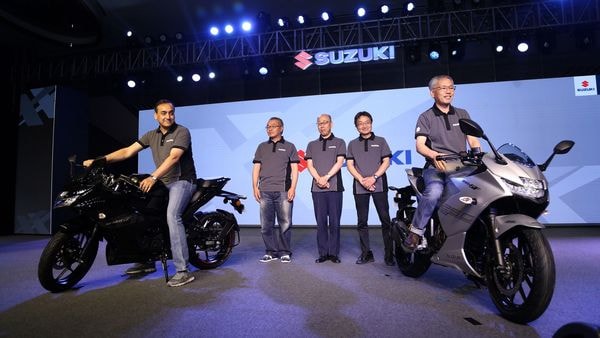 Suzuki Motorcycle India (SMIPL), the wholly-owned two-wheeler arm of Suzuki Motor Corp, plans to scale up its motorcycle business as it aims the segment to account for 20 per cent of its overall sales volumes in the domestic market, a top company official said.

The company, which currently sells five motorcycle models in the country, gets just around 10 per cent of its overall volumes from motorcycle sales.

Scooter sales, on the other hand, account for 90 per cent of the company's annual volumes in the domestic market.

Terming the motorcycle segment as a "challenge" for the company in the country, Suzuki Motorcycle India Pvt Ltd (SMIPL) Managing Director Koichiro Hirao told PTI that plans are afoot to enhance presence in the vertical in the next financial year.

"This area (motorcycle segment) is our challenge. In order to push sales in the vertical we have already introduced new models and bike zones inside showrooms in order to give premium experience to the customer," he said.

Elaborating further SMIPL Vice-President (sales, marketing and aftersales) Devashish Handa said the company has recently launched fully upgraded version of Gixxer 150 and all new Gixxer 250 which has been designed keeping the Indian market in mind.

"This has been done to ensure that we start doing significantly higher numbers than what we are doing today," he added.

When asked how much the company is aiming for the motorcycle segment to contribute towards company's overall volumes in the domestic market, Handa said: "We would like to take it up to atleast 20 per cent if we are lucky in a years time, that is our effort."

The company would like to bring in new products in future but the current focus would be to shore up enhanced sale numbers from the current model line up, he noted.

"We will bring in new products but the precise timeline is difficult to say. Our immediate focus would be to enhance the numbers from the current range that we have," Handa said.

He further said: "but we definitely have plans to get more products because we have long term plans in India and we would like to increase our presence much more then what it is today. That will be possible only if we get new products."

Handa said the company would focus on 150 cc and above segment and won't participate in the commuter segment.

"Our strength lies in performance bikes, value packed vehicles. We will continue to be in our strength area," he added.

In the scooter segment, the company plans to focus on consolidating its two models -- Access 125 and Burgman Street, while also preparing for new launches in the future, Handa said.

"Besides, we also plan to have around 600 dealerships in the next fiscal," he added.

The company currently has 540 dealerships in the country.

The company, is looking to sell 7.2 lakh units in the current fiscal.

In the next fiscal, the company aims to sell around 8 lakh units in the domestic market, he added.

"It would be 11 per cent growth over 2019-20. We are looking for this kind of growth even as the market conditions are expected to remain challenging," Hirao said.

When asked to comment on exports from India, Hirao said the company is aiming for 10 per cent increase in shipments per annum.

The company expects to close the current fiscal with 1.05 lakh units with 50 per cent of the shipments headed to Latin America.