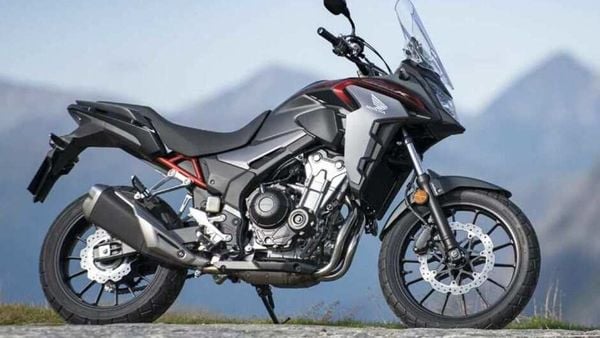 The Honda CB400X is a rival to the likes of KTM 390 Adventure and Royal Enfield Himalayan. It features a 399 cc twin-cylinder engine with a DOHC setup. The company claims this is a fairly smoother powerplant. It gets crankshaft balancer located at the back of the cylinder which limits noise and vibrations levels on the engine. It delivers 46 PS of maximum power at 9,000 rpm and 38 Nm of peak torque at 7,500 rpm. The company has tuned this powerplant to deliver a strong low and mid-range torque which aids in adventure/dirt riding.

In Japan, the bike will be made available in two colour options - Matte Ballistic Black Metallic and Pearl Glare White. While the Matte Ballistic Black Metallic has been carried over from the previous year model, Pearl Glare White comes as a replacement to the old Grand Prix Red colour option. Save for the new colour choice, there is no other change on the bike.

The bike sports a ground clearance of 150 mm which is clearly less considering it stands in the dual-sport category. For reference, the 390 Adventure has a 25% more ground clearance of 200 mm. The CB400X weighs 196 kg and features a seat height of 800 mm.

The firm plans to sell 700 units of the 2020 CB400X yearly in Japan. Its Indian arrival isn't confirmed yet, but the company might introduce the bigger CB500X in the country by 2021.