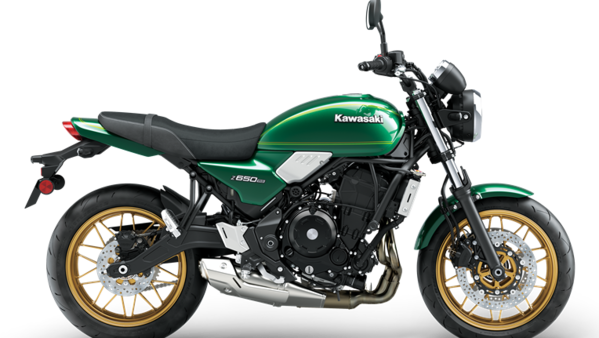 Kawasaki India announced the launch of the new Z650 RS retro classic motorcycle in the country a few days. The new motorcycle comes based on the Z650 street naked which already retails in the market as a naked counterpart to the popular Ninja 650. Here's is how it compares to the much popular Royal Enfield Interceptor INT 650 middleweight retro bike.

Both the motorcycles feature a similar 650 cc twin-cylinder powertrain. Kawasaki has given the Z650 RS a 649cc, parallel-twin engine that is also found on the Z650 and the Ninja 650 bikes. This unit has been rated to produce 67.3bhp of power and 64Nm of peak torque. The engine comes mated to a 6-speed transmission.

For the record, the Royal Enfield Interceptor 650 gets a 648 cc, Parallel-twin, 4-stroke, single overhead cam, air/oil-cooled which delivers 47bhp of maximum power and 52Nm of torque. This engine also comes with a 6-speed constant mesh transmission.

In terms of features and equipment, the Kawasaki gets a twin-pod analogue cluster with an LCD dash placed in the centre. In addition, it also sports a full-LED lighting package.

Royal Enfield offers its Interceptor 650 with several MiY options including seats, sump guards, touring mirrors, flyscreen, and a host of other options. Nothing of such sort is available on its Japanese counterpart.