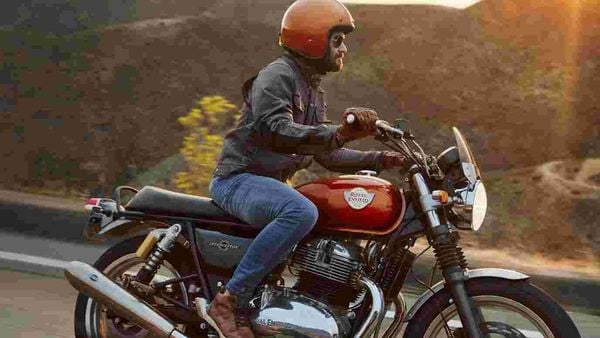 Royal Enfield came up with its 650 Twins in 2018. With the new bigger platform the company aimed not just as the domestic market but a complete global domination. And it looks like, the Chennai-based bike maker's plan is heading in the right direction.

Now the company has announced that its Interceptor 650 which is a hugely popular middleweight retro-classic offering in India and around the world has become 'the best selling motorcycle' in the UK for June 2020 in above 125 cc bikes category (as per MCIA data).

The company claims that the Interceptor 650 has also come out as the highest selling naked style bike in the UK for the last 12 months (as per MCIA data from June 2019 - June 2020), meanwhile Royal Enfield Himalayan is also high up in the list at number 4. The company says that it is a 'first-of-its-kind' feat for any Indian two-wheeler manufacturer which operates in the UK.

Speaking about this achievement Vinod K. Dasari, CEO Royal Enfield said “Since its launch, the Interceptor 650 has been gaining momentum among consumers, and has won several awards globally. Dominating the mid-segment in the UK for a year, is a truly remarkable achievement that we are very proud of. We are equally delighted with the success of our adventure-tourer Himalayan which has been among the top 5 best selling middle-weight motorcycles in the UK consistently over the last 12 months."

Led by the Interceptor 650 and the Himalayan, the company has managed to record an overall volume growth of 96% in the international markets in FY20, with Europe registering 100% growth over last year. As for the UK market, RE has expanded its retail footprint to 67 customer touch points.