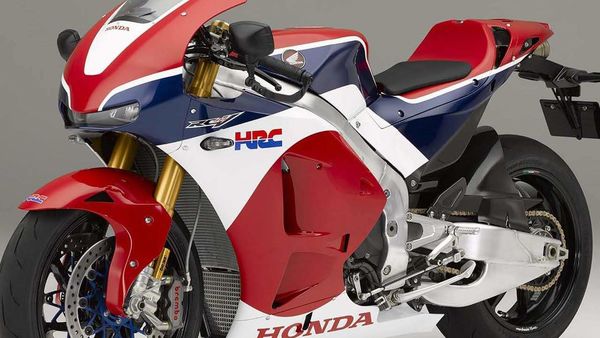 MotoGP race bikes are without a doubt one of the most expensive and exclusive pieces of machines on two wheels. And probably the motorcycles which match their price tags are the ultra-rare road versions which fetch colossal value in auctions. In similar updates, the Honda RC213V-S which is a road replica of the Honda's MotoGP motorcycle has managed to fetch JPY 27,100,000, or the equivalent of $237,700 in an auction in Japan on October 31st. The motorcycle was jointly auctioned off by the Japanese subsidiaries of Bingo and Yahoo! Auctions. At this value, the Honda RC213V-S has set a new record as the most valuable Japanese bike to be auctioned ever.

For the record, the RC213V-S has even surpassed the previous record-holder, a one-of-four 1968 Honda CB750 prototype that was valued at the equivalent of $221,600 almost three years back.

What makes the Honda RC213V-S special for its rather wealthy customer set is not only that it is an exact replica of Honda's MotoGP bike (save for the set of accessories fitted such as headlamp, indicators, etc to make it road legal) but also the fact that only 213 units of this bike have been produced till date. Which makes it quite difficult to own in the first place. Thus the reason, the bike's value is appreciating at a blistering pace.