Honda Navi mini-bike goes on sale in the US market 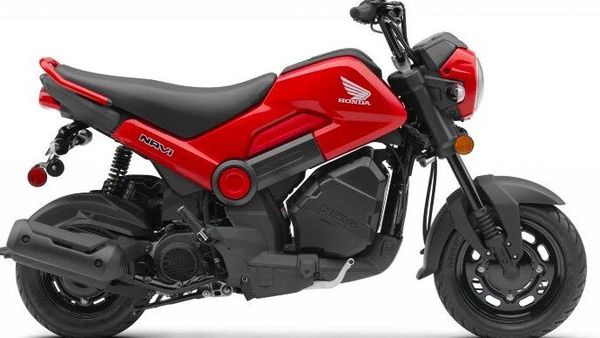 Honda has announced the launch of the Navi mini bike in the US market. The Navi was originally introduced in India a few years back but was discontinued due to lower demand. The two-wheeler that was specifically developed for the Indian market has now made its way to the US which is one of the world’s biggest two-wheeler markets.

The Navi made its name in India for being one of the easiest to ride scooters out there. Honestly, even Honda couldn't still figure out whether to sell the Navi as a scooter or a motorcycle due to its unconventional design. The compact design and dimensions of the Navi made it popular in urban and semi-urban markets.

(Also Read: Honda RC213V-S becomes the most valuable Japanese bike to be ever auctioned)

The Indian-spec Navi featured a 109cc engine from the Activa along with a CVT gearbox. This was a 109.2 cc single-cylinder engine that was known to return a maximum claimed fuel economy of 60 km/l. The US-spec model remains the same and features the same powertrain. Honda USA also hasn't revealed the power figures, but the output is expected to be around 8PS and 9Nm, which is the same as the India-spec model.

(Also Read: Honda Motorcycle gearing up to launch its first EV next fiscal)

The underpinnings on the US-spec Navi haven't changed either, comprising an inverted telescopic fork, a monoshock, and drum brakes at both ends. It rolls on blacked-out 12/10-inch sheet metal wheels (F/R).

In the US market, the Navi has been priced at about $1807 (equivalent to ₹1.34 lakh). And has been offered in four colour options - red, black, green and brown.

The Navi doesn't sell in India anymore and has already been discontinued owing to low demand.