Hornet 2.0 is seen as the beginning of Honda's new chapter for India which involves a bunch of new higher capacity motorcycles.
By : Prashant Singh
| Updated on: 19 Dec 2020, 12:08 PM

Honda originally introduced the CB Hornet 160R in India back in 2015. The automaker gave the sports commuter its legendary 'Hornet' nameplate in a bid to woo the enthusiasts. It was placed against some of the already established rivals such as the Bajaj Pulsar 150 and the Yamaha FZ 16. With the latest BS 6 emission norms kicking in, the automaker decided not just to update the motorcycle with a new engine but the whole setup alongside, making the bike more premium in the process.

The introduction of the Hornet 2.0 is also seen as the beginning of Honda's new chapter for India which involves a bunch of new higher capacity motorcycles, majorly sitting in the sub-500 cc division. Built on the same DNA as the CB Hornet 160R, the new bike offers a mix of elements of its predecessor and CB190R which is sold in the international market.

A complete evolution means that the new Hornet has been reworked from inside out. While it gets a new bigger engine at its core, there are new clothes on the outside which make it look more aggressive than before. With the new update, the bike has been slapped on with completely new body panels, full LED lighting, USD forks, and fatter tyres which add a nice touch to the bike. 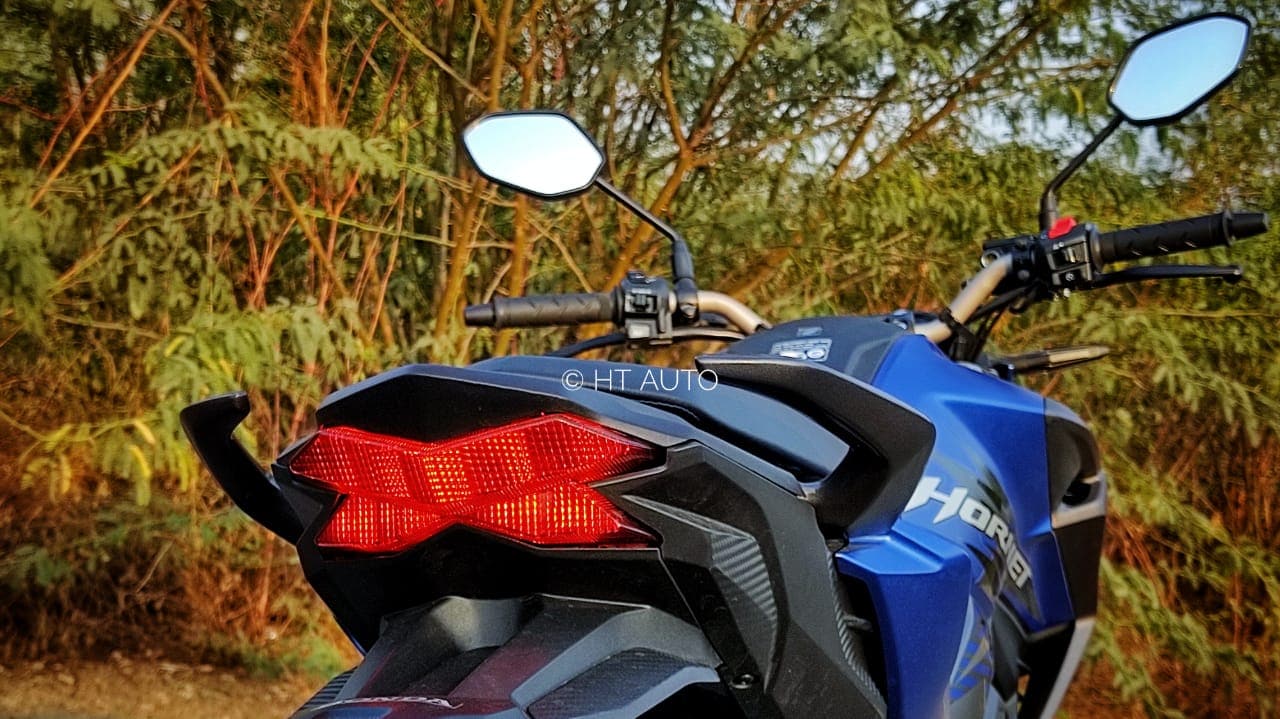 The X-shaped tail light design appears to be the same as seen on the Hornet BS 4. (HT Auto/Prashant Singh)

In addition to that, the Hornet now also features tank mounted ignition key, LED blinkers, as well as, bigger and bolder tank extensions for a higher class look. On the other hand, the ‘X-shaped’ tail light design appears to be the same as before. Overall, the switchgear quality on the new bike is certainly impressive, while the plastic panels used could have been slightly better.

The instrument console has also been updated and it is now a fully digital unit. Apart from displaying all the regular informatics such as speed, odometer rating, time, and tachometer, the console shows the battery health and its brightness can also be adjusted up to five different levels, which is a welcoming addition for sure. 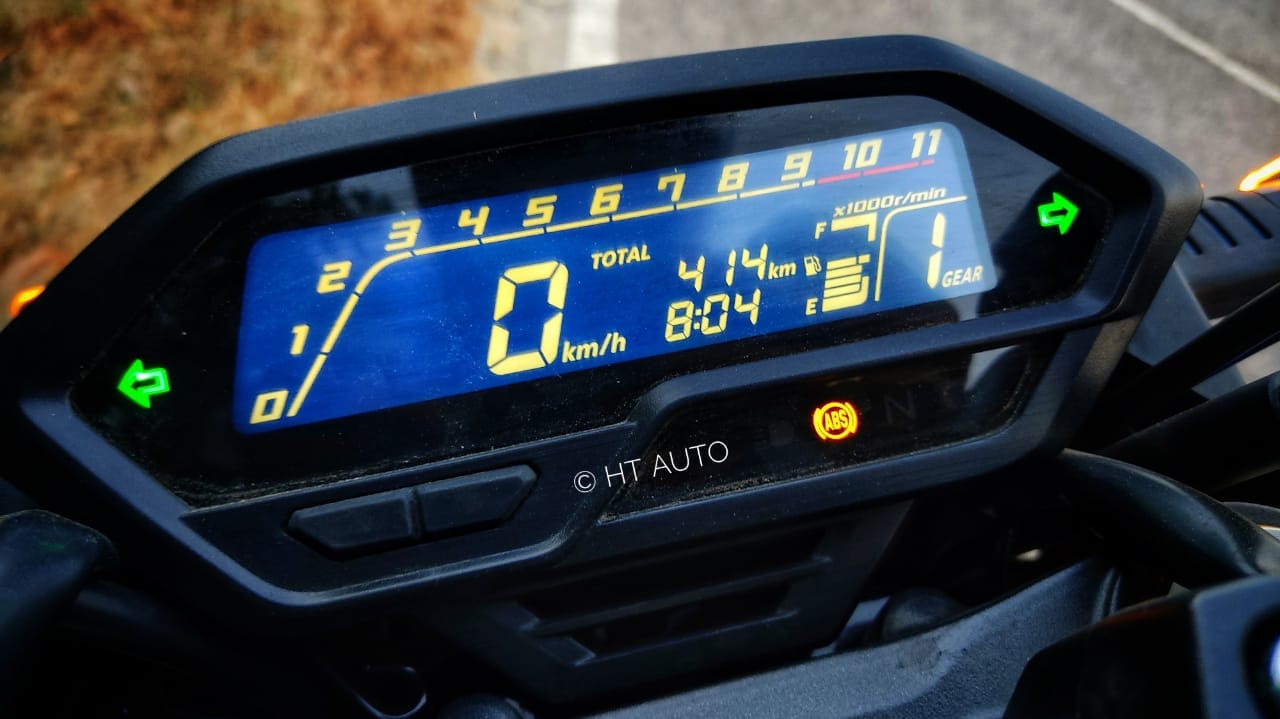 Brightness on the new meter console can be adjusted up to five different levels. (HT Auto/Prashant Singh)

How about the new powertrain?

Honda claims that the new 184 cc single-cylinder engine is all-new and not just a bored-out version of the 160 cc mill found on the CB Hornet 160R. It pushes out 17.01 PS of maximum power and 16.1 Nm of peak torque. It uses 8 onboard sensors to constantly inject optimum fuel and air mixture into the system and pushes the bike across 0-200 meters mark in just over 11 seconds of time. The transmission remains a 5-speed unit.

It is not hard to figure out that the new engine is quite a refined and smooth unit that packs a strong mid-range punch. It stays relatively vibration-free throughout the rev range and it is only at the very top that some mild vibrations are felt. The new Hornet is quick to accelerate and reaches a top speed of 120 kmph on the open highway. Honda claims that the new 184 cc single-cylinder engine is all-new and not just a bored-out version of the 160 cc mill found on the CB Hornet 160R. (HT Auto/Prashant Singh)

A major update has been given in terms of the front USD forks which apart from adding to the visual appeal, also make the front-end feel more connected to the ground. At the rear, the monoshock does the duty well and complement the overall setup. While the suspension feels on the firmer side, it isn’t exactly harsh. It is only when you are trundling around an extremely rough terrain that it makes you feel its firmer tuning. Overall, the new Hornet comes out to be a very agile handler that delivers a planted and reassuring ride. 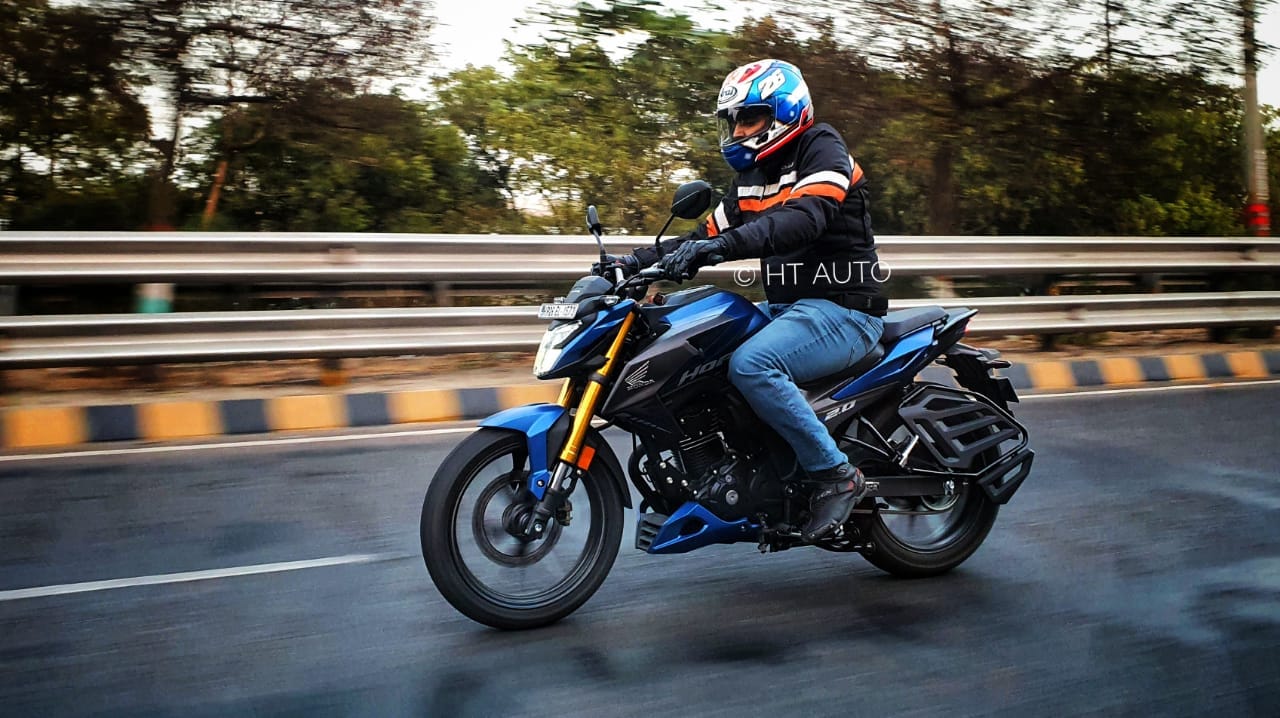 The seat height has been kept at 796 mm which is fairly comfortable for someone who is around 5'10 or less. The single-rod handlebar is wide and easy to grip and the rider sits slightly bent forward, while the footpegs have been rear-set for a sporty stance.

Equipped with petal discs on both the wheels, the new Hornet offers impressive braking performance. The front disc has adequate bite and the rear disc complements the setup with its feedback which keeps the rear from locking even at aggressive foot pedaling. While the stopping power is enough, what's certainly lacking is the ABS at the rear wheel. 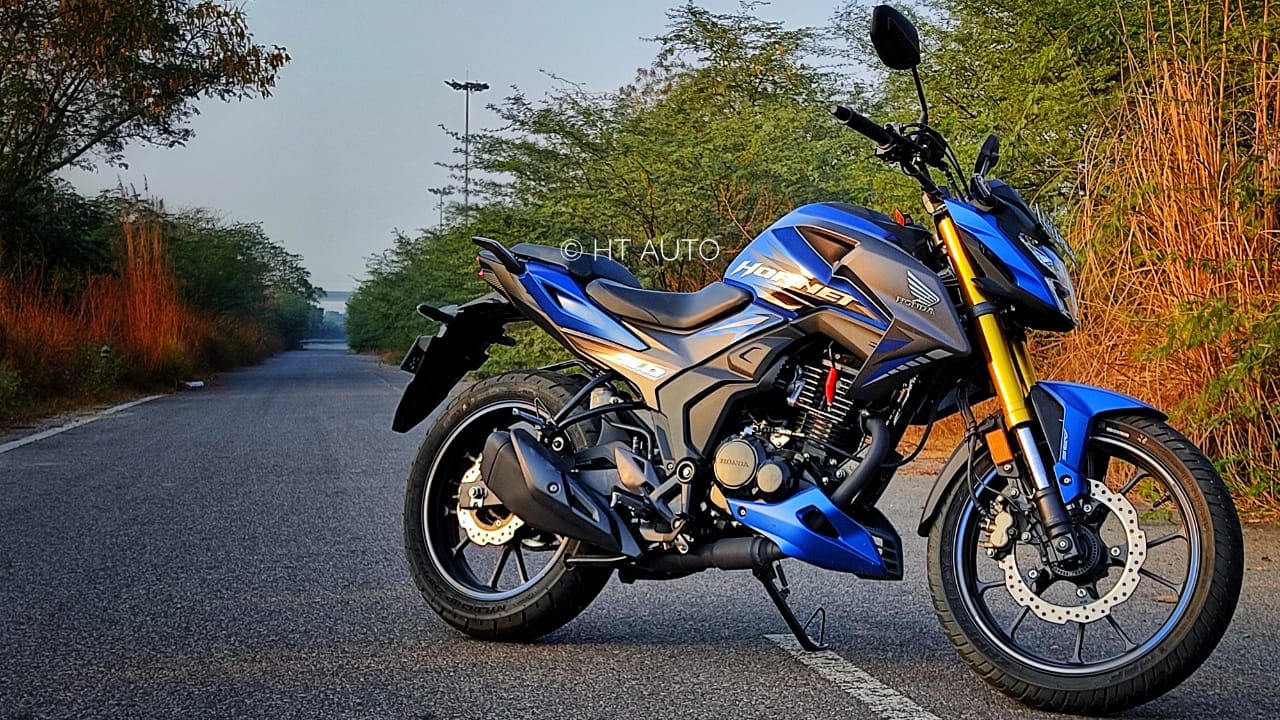 Honda Hornet 2.0 might not be as aggressively priced as some of its rivals which offer more features and horsepower. (HT Auto/Prashant Singh)

The new Honda Hornet 2.0 is a sweet surprise which is better in every sense when compared to its predecessor. It comes out to be a good option for the young adults who want to graduate from a commuter motorcycle onto something that offers better looks, performance and premiumness.

The new Hornet is indeed a big step up from the previous model but at ₹1.27 lakh (ex-showroom, Delhi), it might not be as aggressively priced as some of its rivals which offer more features and horsepower.