Home Auto Two Wheelers Honda Hornet 2.0 Based Adv To Launch On August 19: What We Know So Far

Honda Hornet 2.0-based ADV to launch on August 19: What we know so far

The upcoming Honda ADV will utilise the Hornet 2.0's engine and platform.The new adventure bike by Honda will be launched on August 19th.The official name of the upcoming ADV is yet to be revealed, although it is being called the Honda NX200.
By : HT Auto Desk
| Written By : Prashant Singh
| Updated on: 11 Aug 2021, 13:21 PM 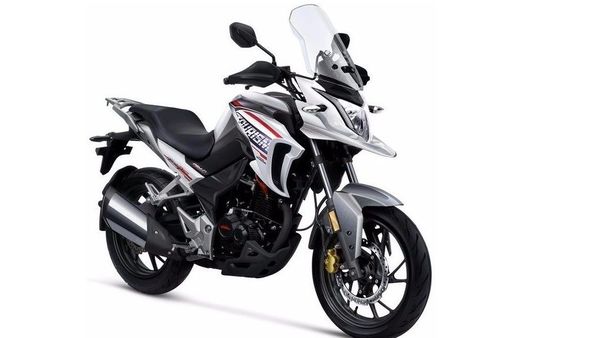 Honda Motorcycle and Scooter India (HMSI) is all geared up for the launch of the new Hornet 2.0-based ADV on August 19. The company is yet to roll out the official details on the bike, including its nameplate, although some have been calling it the 'NX200'.

The upcoming ADV has been teased more than once by Honda already. It will be majorly targeted at the audience looking for an entry-level adventure offering in India. It will not have any direct rival in the entry ADV motorcycle space and will cost somewhere around ₹1.60 - ₹1.65 lakh (ex-showroom), making it costlier than the Hero Xpulse 200 range, but cheaper than the Royal Enfield Himalayan motorcycle.

As HT Auto reported last year, the bike will utilise the Hornet 2.0's engine and platform. Expect it to feature the familiar 184cc, single-cylinder, air-cooled engine that develops 17 hp of power, backed by 16 Nm of torque. The engine could come coupled with a 5-speed transmission.

It is also likely to share its exterior looks with the existing roadster, although with some prominent updates to match its adventure credentials. As per details revealed in the previous official teaser video, the motorcycle will sport a mid-sized black-tinted windscreen on its Hornet-inspired front headlamp. There will also be knuckle guards on the handlebar to give it a rugged appearance. In addition, expect the upcoming ADV to feature a raised stance, wide handlebar, wired-spoke wheels, and LED lighting all around. It is also likely to feature Upside-Down front forks and a single mono-shock unit at the rear.

More details on the motorcycle will roll out on the day of its launch - August 19th.