Sales in the retro classic motorcycle segment have soared in the Indian market lately and Honda is the latest entrant in the 350 cc classic motorcycling space that allures riders of all ages. Well, the Japanese auto major isn't new to making retro bikes and there are some very legendary names under its belt including the CB1300 Super Four which still looks drop-dead gorgeous even after decades of its original launch.

Recently, I got a chance to swing my leg over the new H’Ness CB350 which though doesn't technically belong to the original retro family but still benefits from the same 'CB' name tag. Also, what’s interesting is that it features a rather unusual name - H’Ness pronounced at Highness. Goes without saying, Honda thought on similar lines as the “Royals" of the segment.

With the new CB350 Honda has decided to stick to its philosophy of ‘keeping it simple’, so much so that the H’Ness is almost sedate looking, no-nonsense retro classic bike. Design-wise it looks neat and seems to have taken inspiration from the original CB range. From its circular front headlamp, long and wide fuel tank with the retro-styled Honda badging, single-seat, and dual-tone colour theme, the entire package is an ode to Honda roadsters from the past. 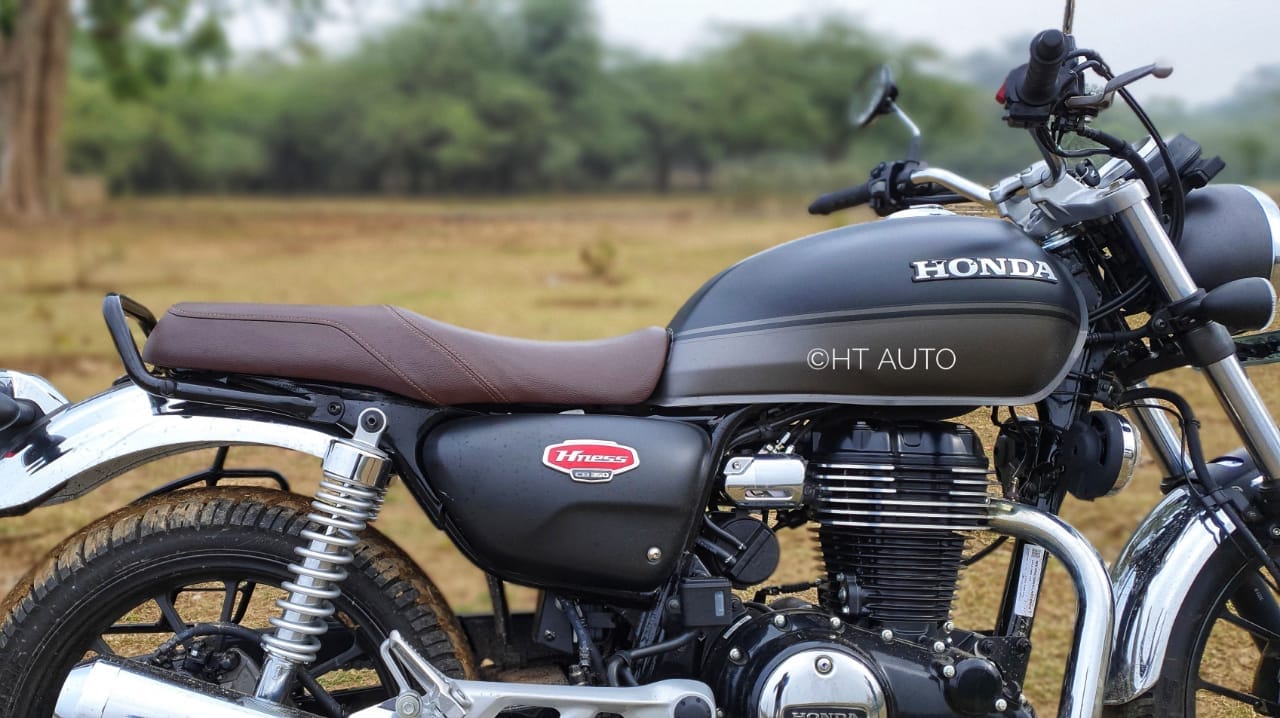 With the new CB350 Honda has decided to stick to its philosophy of ‘keeping it simple’. (HT Auto/Sabyasachi Dasgupta)

It gets 19-inch front and 18-inch rear alloys which are shod to MRF tyres. The design of the alloys complements the neo-retro silhouette and even the fenders are finished in chrome. Moreover, the slightly upswept exhaust also sports chrome finishing.

Not to miss out on the modern bits the bike carries. For starters, the entire lighting package is LED, the turn indicators have an outer ring which is illuminated all the time, with the round-shaped blinkers. Also, one of the key highlights of the CB350 is its semi-digital instrument console. This panel houses a speedometer which is a single-pod analogue unit. It also gets a small digital screen displaying a long list of informatics including a clock, fuel gauge, gear position indication and much more.

The left side of the handlebar sports switchgear including buttons to scroll through the menus on the digital display. While the overall quality of the switchgear speaks for itself, the horn button position has been swapped for the turn indicators (like in other modern premium Honda bikes). And it takes quite a while before you get a hang of it. (More on the looks here) 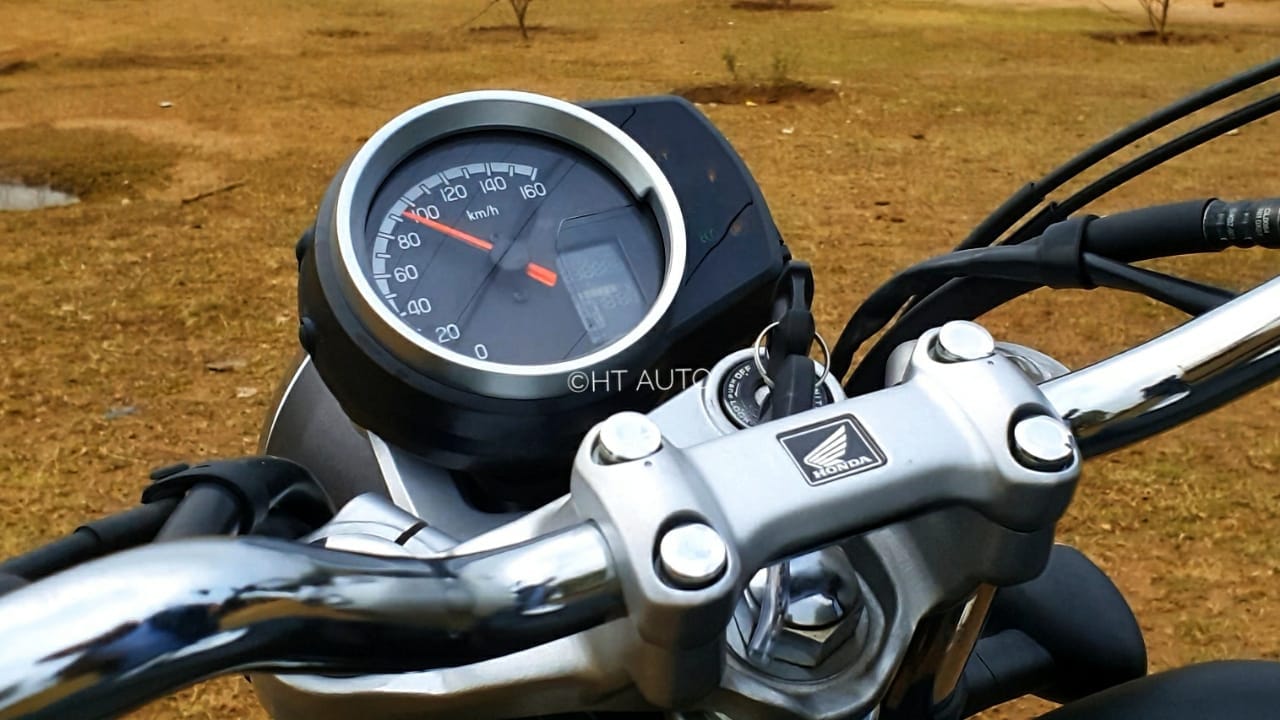 One of the key highlights of the CB350 is its semi-digital instrument console. (HT Auto/Sabyasachi Dasgupta)

Basically, there are two iterations for customers depending upon how much they are willing to spend. The more affordable base DLX variant gets basic paint, single horn and there is no phone connectivity option while the top-spec DLX Pro variant is offered in dual-tone colours and twin horns, along with the Honda Smartphone Voice Control System (HSVC). Other features on the bike also include Honda Selectable Torque Control (HSTC), Assist and Slipper Clutch, and Dual Channel ABS.

The CB350 has been developed to take the fight off against the already established rivals in the 350 cc category. The firm studied the competition and aimed for what some buyers were missing from the then-existing offerings - refinement and ease of riding, but in the process, a crucial element was lost - thrill.

The output from Honda's new 349 cc, single-cylinder, air-cooled engine is more than the rivals on paper at 20.8 bhp/ 30 Nm, but how it translates to real-life riding is quite the opposite. The powertrain seems to lack the sense of urgency and peppiness expected from a platform like this. Also, the slightly taller gearing needs to be reworked as the transmission requires constant shifts when riding in a sporty manner. I found myself using the third gear in most parts of my commute which allowed me to hover around in its powerband which is considerably sleek. 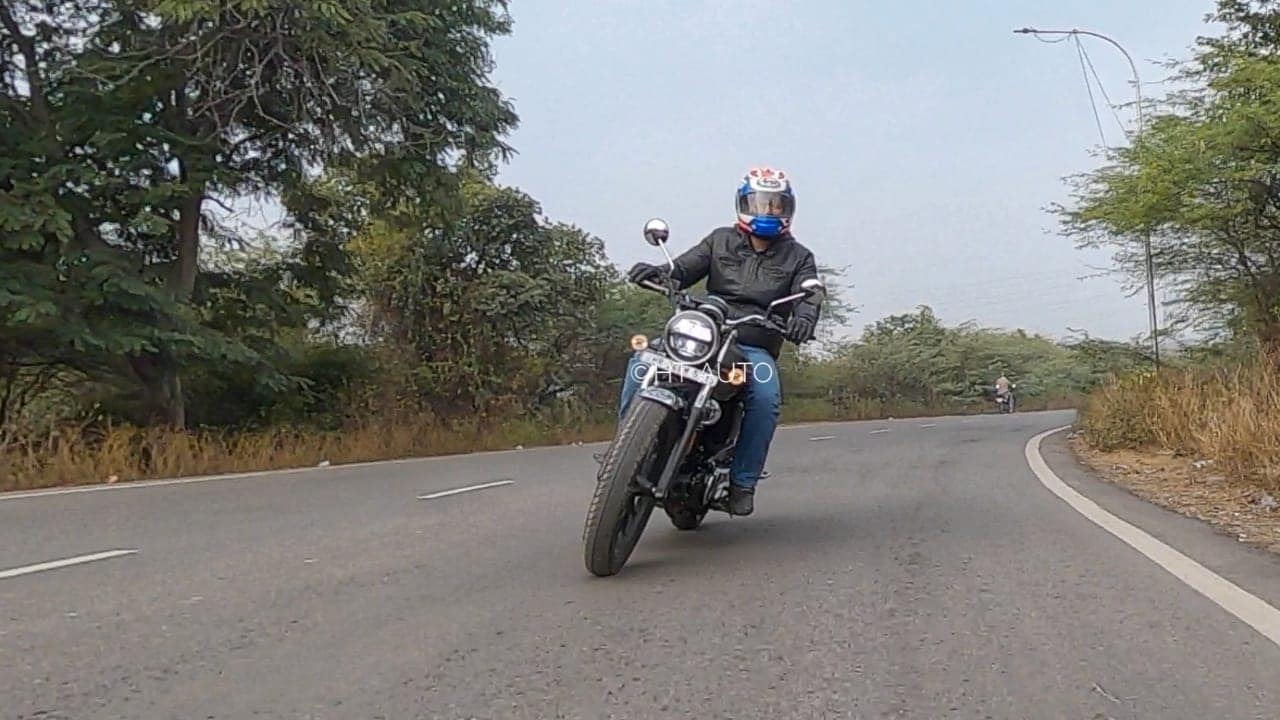 The ride quality on the Honda H'Ness CB350 is quite nice and comfortable. (HT Auto/Sabyasachi Dasgupta)

On the other hand, the overall refinement levels from the counterbalanced powertrain are impressive and certainly, one of the best in the game. Also, the bike benefits from slip and assist clutch that helps to deliver a light feel on the lever.

You sit nice and relaxed on the CB350 despite the road conditions and the 800 mm seat height is also not tiring, to say the least. The handlebar is in well reach and the footpegs are mid-set for a friendly riding position. Overall, the ride quality is also quite nice and comfortable, and even after thrashing the CB350 over crater-sized potholes and speed breakers, it behaved like a good child.

At a kerb weight of 181 kg, the H'Ness CB350 feels light in action and at the same time manages to remain stable on high speed runs. When cornering, the half-duplex cradle frame provides a surprisingly balanced performance and clearly delineates that it is also ready for a bigger engine when the time comes. 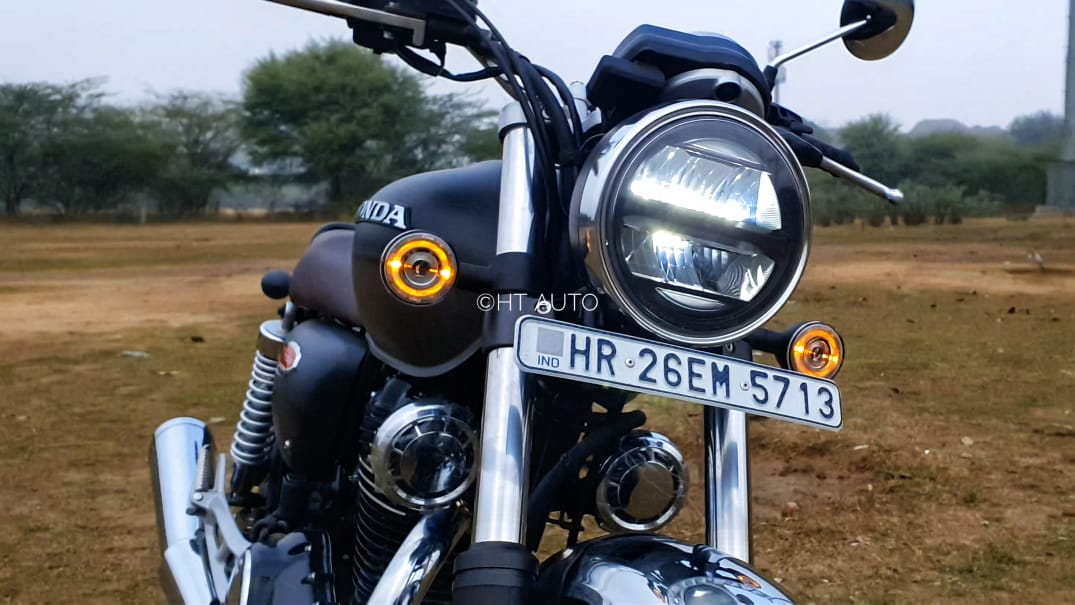 The H'Ness CB350 feels light in action and at the same time manages to remain stable on high speed runs. (HT Auto/Sabyasachi Dasgupta)

When launched last year, the H'Ness CB350 was priced at ₹1.85 lakh (ex-showroom) for the base and ₹1.90 lakh (ex-showroom) for the higher-spec DLX Pro trim, but recently it has become costlier by up to ₹2,500. Well, it does demand a slightly higher price tag over everything else in its competition, but it still manages to make for a strong case for itself, especially seeing the level of quality and features it offers. Also, although it may not have a legacy to speak of, it certainly is a well-rounded product that is here to stay for a long time.