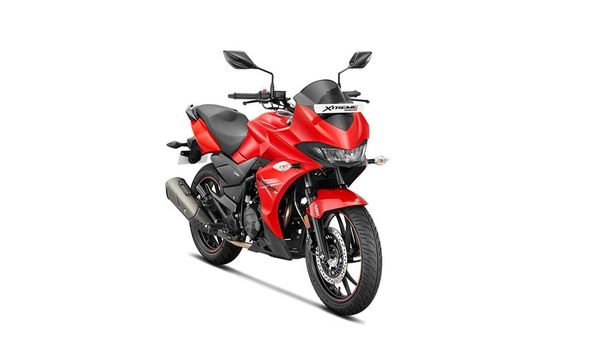 Hero MotoCorp is gearing up for the re-introduction of its semi-faired motorcycle, Xtreme 200S soon. The bike has been discontinued in the Indian market for quite sometime now. It was taken down the shelves as soon as the latest BS 6 emission norms came into action on April 1. Though the firm was already ready with the technology but for unconfirmed reasons the launch was delayed for the festive season this year. The bike will finally go on sale in India this November, dealer sources told HT Auto.

Hero's semi-faired motorcycle will employ a BS 6-compliant powertrain. There will be a 199.6 cc, single-cylinder, air-cooled engine featuring electronic fuel injection system. For the record, previously the engine featured carburetor. This shift may result in a slight change in its overall power output. Previously, it used to churn out 18.1 PS of maximum power and 17.1 Nm of peak torque. The transmission will include the same five-speed gearbox.

In terms of exterior looks, the bike will continue to feature the same outer design and styling. Albeit, it can get a makeover in terms of a new paint scheme and graphics. The features will also remain unchanged and its full-LED headlamp and tail lamp along with the all-digital instrument cluster will also be carried over.

As far as pricing goes, the new Xtreme 200S BS 6 will cost slightly on the higher side against its predecessor. Expect it to be priced in the range of ₹1.05 to ₹1.10 lakh (ex-showroom).

The Delhi based two-wheeler maker has recently announced that it has sold 18.22 lakh units during the September quarter. This is a direct growth of 7.7% over the same quarter in the last year. (Read more details here)