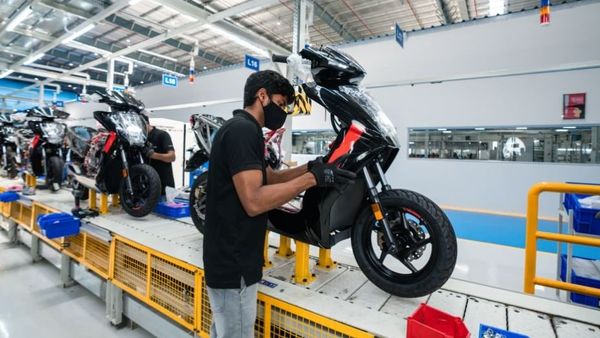 A view of the vehicle assembly line at the Ather factory.

The Indian government has recently amended the FAME II subsidy to promote the growth of electric-powered two-wheelers in India. The new scheme incentivizes the e-two-wheeler makers by increasing the subsidy rate by 50% at ₹15,000 per kWh on electric bikes and scooters in India.

The Bengaluru-based electric vehicle startup - Ather Energy has previously announced a price cut of up to ₹14,500 on its Ather 450X and 450 Plus. Now the company has rolled out the price list of the 450X Plus scooter across the Indian cities Ather operates in.

(Also Read: Everything about new FAME II subsidy: Why e-two-wheelers are becoming cheaper)

Ather Energy is one of the first e-two-wheeler firms to pass on the incentive to its customers by announcing a price cut on its electric scooters. "The revision in the FAME policy, increasing the subsidy by 50% per KWh is a phenomenal move. Sales of electric two-wheelers have grown despite the pandemic and with this additional subsidy, we expect electric two-wheeler sales to disrupt the market, and clock 6 million+ units by 2025," said Tarun Mehta, CEO and Co-founder of Ather Energy. 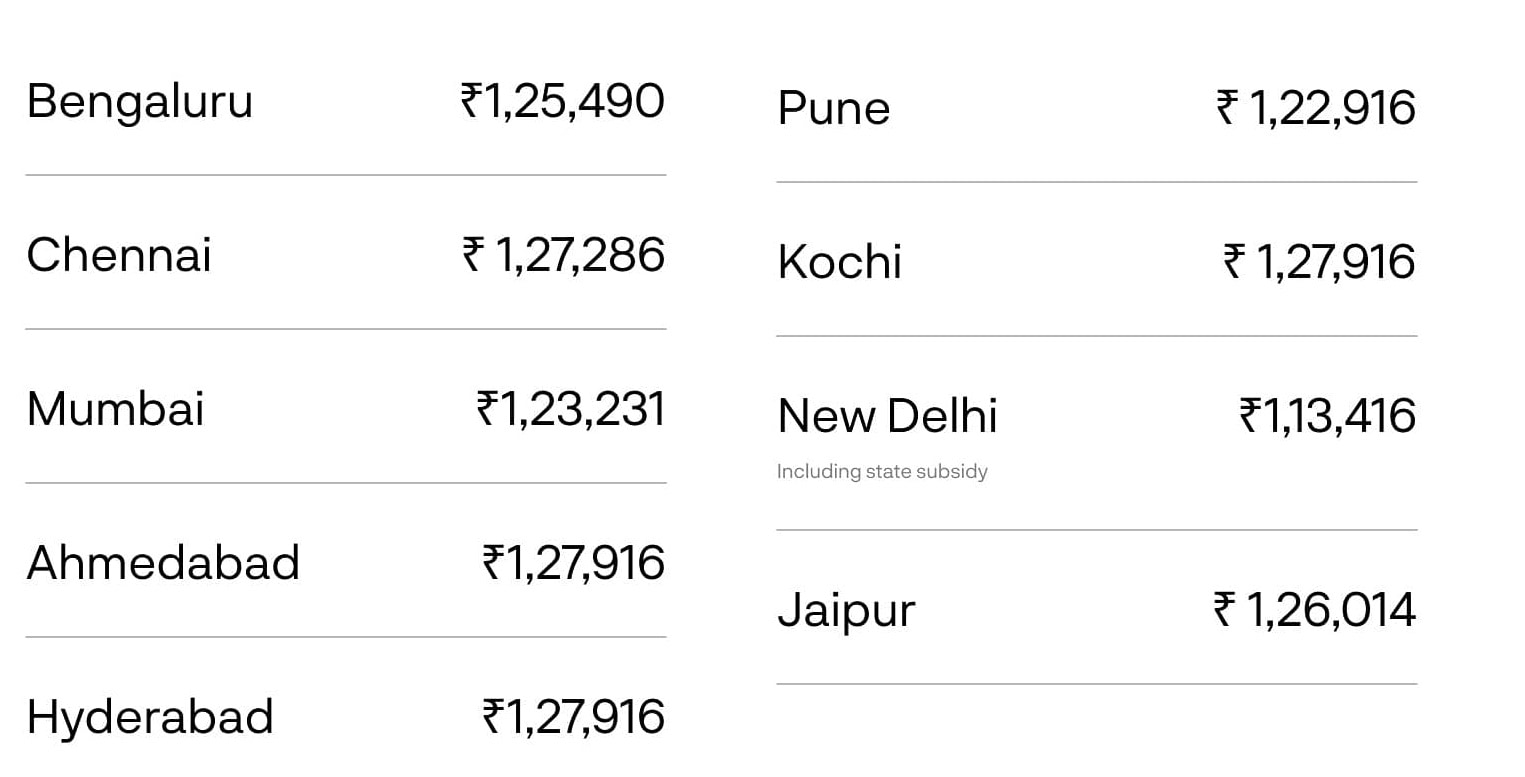 Price list of Ather 450X Plus across some Indian cities. (Twitter/Ather Energy)

Ather is currently operational in only select Indian cities (mentioned above), but the company has expansion plans across 30 cities. "Ather Energy already has plans to expand distribution to 30 cities in the next 6 months and this increased subsidy will help accelerate consumer demand, immensely. The Government's continued support to drive adoption of EVs, with a keen focus on locally built electric two-wheelers will make India the manufacturing hub of EVs," Mehta added.