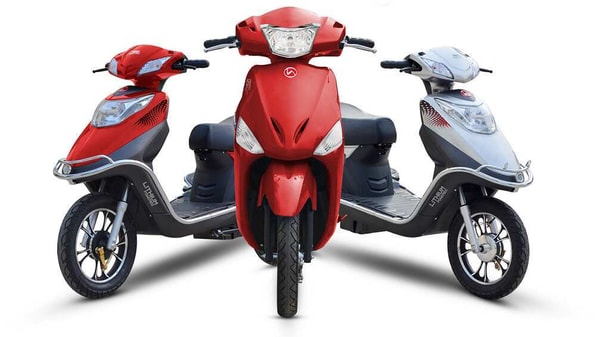 The outlook for the fiscal year remains "positive" on the back of the government's recent move to allow vehicles to be sold without battery as well as announcement of electric vehicle (EV) policy by the Delhi government in August, the Society of Manufacturers of Electric Vehicles (SMEV) said in a release.

The registration of HSE2W stood at 2,544 units in September 2020 as against 1,473 vehicles sold in the corresponding month of last year, SMEV said.

The financial year 2021 started with an uncertainty due to Covid-19 which led to lockdown in the country and amid that the April-September period of the fiscal has been a roller coaster ride for the EV industry, it said.

"We are experiencing huge customers' interest in greener vehicles as they have seen how the environment looks like when no fuel-guzzling vehicles are running on roads. The upcoming festive season will add to the pent-up demand and help OEMs to recover what they lost in the first two quarters due to Covid-induced lockdown," SMEV Director General Sohinder Gill said.

The industry registered sale of 7,552 HSE2W in April-September FY21 as against 10,161 HSE2W sold in the corresponding months of FY20, Gill said.

"One of the main reasons of the stagnant sales is attributed to customers not able to buy products due to COVID-19...However, the industry has been quickly able to enter the positive curve soon after the government announced the unlock process," he added.

The performance of the top three players -- Hero Electric, Okinawa Autotech and Ather Energy -- has been down in the first half of FY21 as compared to H1 FY20, SMEV said.

While sales of Hero Electric and Ather declined by 16 per cent and 20 per cent, respectively, in April-September, Okinawa witnessed a 64 per cent decline in sales during the same period.

Lately, there has been a lot of positive news on the EV policy front from the central and state governments that has led to a higher confidence amongst original equipment manufacturers (OEMs), component suppliers and investors, Gill said.

"We look forward to a big push by the government to set right what went wrong with FAME-2 so as to assist generation of demand which is already showing some green shoots," he said.

Some of the measures that could be adopted are removal of 'range criteria' from two-wheelers for subsidy, reduction of GST on batteries from 18 per cent to 5 per cent when sold separately, mandating delivery businesses to convert their fleet to EVs, promotion of electric mobility under the 'Swachh Bharat Campaign', he added.