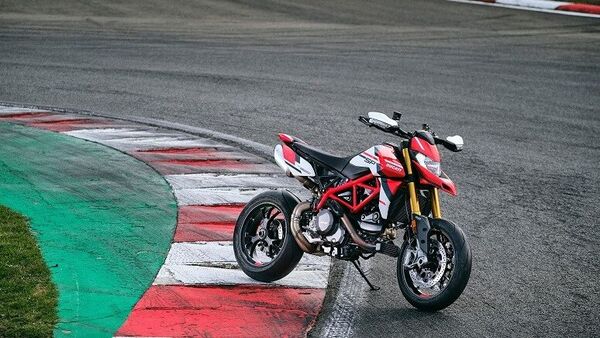 Ducati India has started deliveries of the new Hypermotard 950 RVE to the customers in Indian. Some units of the new bike were recently delivered from the company's Mumbai dealership named Ducati Infinity.

At the heart of the motorcycle sits a BS6-compliant 937cc Ducati Testastretta 11-degree V-twin-cylinder, liquid-cooled engine. This engine has been rated to churn out 112.4bhp of maximum power at 9,000rpm and 96Nm of peak torque at 7,250rpm. The engine comes paired to a 6-speec transmission. As per official claims, the motorcycle generates 80% of torque from as low as 3,000 rpm. And no less than 88% of the torque is available between 5,000 to 9,000 rpm.

The motorcycle features aluminium wheels with three Y-spokes. These wheels come shod with Pirelli Diablo Rosso III tyres, 120/70 ZR17 at the front and 180/55/55 ZR17 at the rear.

Meanwhile, the premium Italian motorcycle is also gearing up to announce several other new models in the country including the Streetfighter V2.