The issue of import duty imposed by India on Harley Davidson motorcycles has been raised by Donald Trump on several occasions.Reports suggest that India could bring down the import duty on premium motorcycles which are imported as Completely Built Units (CBU).
By : HT Auto Desk
| Updated on: 24 Feb 2020, 03:31 PM 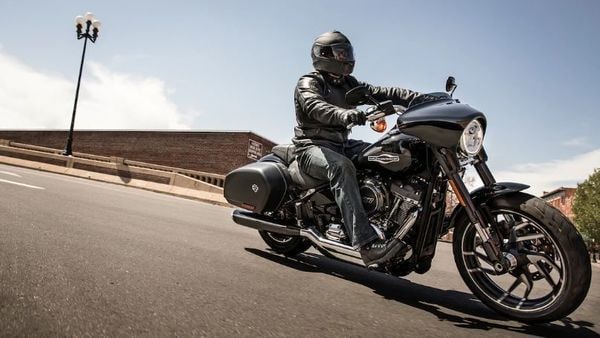 US President Donald Trump will be in India on Monday for a 30-hour-long stay here. Over the course of his visit, he is expected to hold talks on a number of issues with Prime Minister Narendra Modi who has assured him of a warm - and grand - reception here. One of the biggest highlights from the talks between the two sides could be the focus on Harley Davidson motorcycles which Trump has often referred to while speaking on India's tariff policies.

According to a report in LiveMint, Indian officials may decide to lower tariffs to a single digit for motorcycles of 1600cc and above. This could go a long way in making some of Harley Davidson products more affordable in the country. The decision, it is reported, is likely to be communicated to Trump during the course of his stay in India.

If this indeed takes place, it could well set the tone for further bonhomie between India and the United States. This is because Trump, on more than one occasion in the past, has said that 100% import duty on Harley motorcycles is unwarranted on India's part. In fact, this figure on Completely Built Units (CBU) was brought down to 50% in 2019 after a telephonic conversation between leaders of the two countries. Trump, however, was still not too pleased.

A further reduction could further iron out the small creases in an otherwise robust Indo-US relationship.

More significantly, the move could come as a shot in the arm for Harley Davidson in India even if most of its offerings are Completely Knocked Down (CKD) units of less than 1600cc and locally assembled here. A reduction in import duty on CBUs could see Harley Davidson bringing in newer and more powerful products.

The American company, founded in 1903, began operations in India back in 2009 and has sold more than 25,000 motorcycles here. It now boasts of 33 dealers and has a strong presence in the premium 750+cc category. With a total of 17 models on offer in India, the price range of Harley Davidson motorcycles starts at ₹5.33 lakhs and goes all the way to ₹50 lakh.