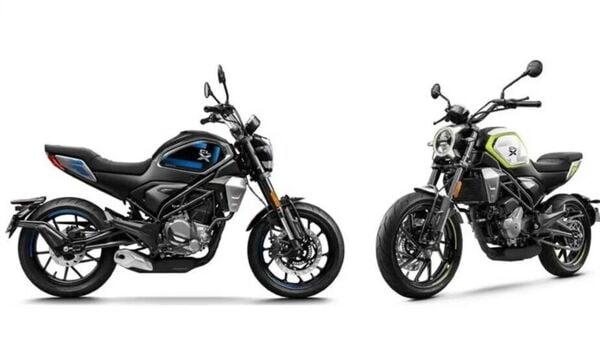 CFMoto has rolled out the new 250 CL-X quarter-litre neo-retro roadster motorcycle. The bike comes based on the popular CFMoto 250NK naked motorcycle and uses the same platform and technology.

The 250 CL-X sits as an entry-level version of the 700 CL-X motorcycle but uses the same exact underpinnings as the CFMoto 250NK, which is a modern-looking quarter-litre naked bike. While the technology comes borrowed from the naked street bike, the exterior body design is all-new with more rounded neo-retro lines. It features a classic round headlight with a striking X-shaped DRL that gives it a modern touch. It also features a single stepped seat which gels well with the taller fuel tank of the bike.

Built around trellis frame, the motorcycle packs the same 249cc liquid-cooled single-cylinder engine found on its naked street counterpart. This engine has been rated to develop 28hp and 22Nm, as found in the 250NK. The transmission option include a 6-speed unit.

Apart from the exterior looks and design, the motorcycle has also been update in terms of ergonomics as it offers a slightly more upright riding position against its naked street counterpart. The suspension duties are handled by a front upside-down fork and monoshock at the back, while for braking it gets a disc brake at both ends. Some of the key features on the model include LED lighting, fully-digital instrumentation and ABS.

Chances are less likely that the 250 CL-X will be launched in the Indian market anytime soon. However, it may be introduced in India in 300 cc guise. For the record, the 300NK is already sold in India.