BS 6 Honda Activa 125 recalled, check if yours is affected 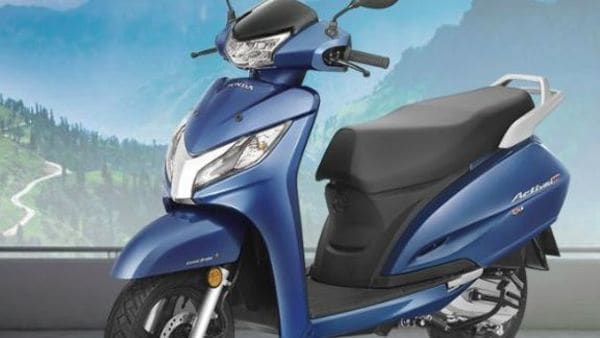 Honda Motorcycle and Scooter India (HMSI) has officially announced a recall for its BS 6 Activa 125. The same was originally launched in September 2019. The official recall notice ordered by Honda has highlighted two issues with the scooter.

According to the company, the Activa 125 BS 6 has issues related to the cooling fan cover and oil gauge, hence the same needs to be replaced. However, the automaker has remained tight lipped about what exactly is the problem with the concerned parts.

The company would bear all the costs related to the inspection and rectification and the entire procedure would require close to 30 minutes. The owner's manual is also said to be updated.

Customers can check if their Honda Activa 125 BS 6 is affected under the recall by visiting the official HMSI web portal and entering the VIN (Frame Number) of the vehicle.

The Honda Activa 125 BS 6 packs a slew of cosmetics and mechanical updates over its predecessor. Some of its key design features include LED headlight sporting LED Position Lamp, semi-digital instrument console, 5-in-1 key slot, front glove box, external fuel lid and a side-stand indicator as well as engine inhibitor function.

At the heart of the Honda Activa 125 BS 6 sits a 124 cc single-cylinder, air-cooled engine featuring fuel injection technology. The engine is rated to develop 8.29 PS of maximum power at 6,500 rpm and 10.3 Nm at 5,000 rpm. The engine comes teamed up with a CVT gearbox. The company claims that the BS 6 engine is 13% more fuel-efficient in comparison to the earlier BS 4 unit. The powerplant comes kitted with the Honda Eco Technology (HET), Honda Enhanced Smart Power (eSP), Idling Stop System and ACG silent start system which is now seen on several products from the Japanese auto giant.

The Honda Activa 125 BS 6 is offered in three variants including Standard which is priced at ₹67,490*, Alloy ( ₹70,990*) and Deluxe ( ₹74,490*). It's offered in four different colour options such as Pearl Precious White, Midnight Blue Metallic, Heavy Grey Metallic and Rebel Red Metallic.

In other updates, HMSI has launched the Unicorn BS 6 in India.