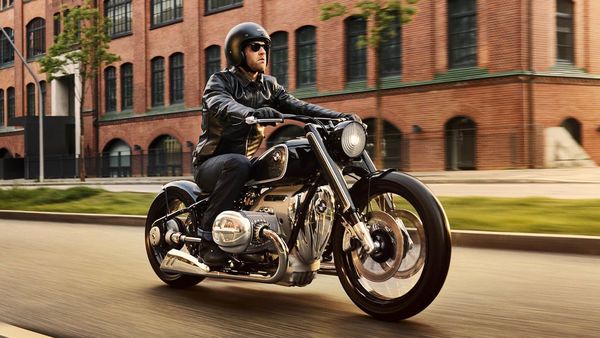 Due to the situation created by the coronavirus outbreak, BMW Motorrad R 18 cruiser will have a digital launch on April 3. The event will have a live telecast at the BMW Motorrad's official Facebook page at 8 PM (CET).

The BMW R 18 cruiser has been under development for quite sometime now. It was displayed as a concept at the EICMA 2019. Its official pre-bookings (international) started in September 2019.

The R 18 is unlike any other product launched by BMW Motorrad in the recent times. It is going to lock horns with a number of already established rivals from Indian Motorcycle and Harley-Davidson; and it would be quite interesting to see the customer response on the BMW's latest cruiser.

The R 18 concept was seen with cradle-type chassis housing a 1,800cc, two-cylinder boxer engine. This is a new engine and has a similar design and mechanism inspired from the flat-twin engines from 1960s, but of course, packs a bigger displacement as well as cooling technology. It features a 107 mm bore and 100 mm stroke.

(Also Read: With discounts upto ₹5 lakh, now may be the best time to buy a superbike)

What's interesting to note is that it is claimed to be the biggest motorcycle engine developed by BMW Motorrad.

As far as its exterior looks are concerned, the bike looks bare basic with nothing more than an engine, frame, seat, suspension and wheels. It features minimum body panels, adding to its raw appeal. The engine looks bulky and accommodates the entire space between the split cradle-type chassis. Its another visual highlight includes the exposed chrome-plated universal shaft which connects its rear wheel and the drive. The production-spec model may not be too different.

In terms of electronics and features, the final production model may get some basic rider assist bits such as ABS, traction contol and power modes.